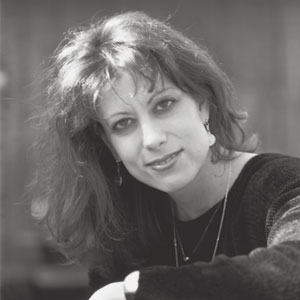 This week we hear from Hedda Schupak, jewelry industry analyst and former editor-in-chief of JCK magazine.

I’ve been in the jewelry industry 33 years, since January 1986. Much has changed, but in many ways, not enough has changed. Most change has been reactive—driven by external forces—rather than proactive on the part of the industry.

The biggest of these are, of course, the internet and everything digital, but other things that have had a significant impact on fine jewelry sales are the shift toward casual lifestyles, millennials replacing boomers as the key customer demographic, rising consumer demand for responsible sourcing, and the long-overdue concept of jewelry as a fashion purchase women make for themselves.

After I became editor-in-chief in 2000, JCK began writing about these seismic shifts in the marketplace and what needed to change for the industry to benefit from those shifts.

The industry is slow to change and today is paying the price as other luxury categories like handbags, shoes, and experiences have gobbled up money that could have been spent on jewelry. Not that we should have abandoned our traditional clientele of the bridal or high-end occasion gift market, but we should have been targeting the female fashion customer much sooner and more actively than we were. More than 15 years later, De Beers has just now begun marketing diamonds—both mined and man-made—to women. Same concept, different words.

What hasn’t changed is the importance of relationships in the industry. It’s still an industry where trust in the people you deal with matters, and where one’s reputation can make or break business success.

What’s your history with JCK?

I started in editorial production for JCK, became fashion editor in 1991 and, following the 1997 walkout of the colleagues who later formed Professional Jeweler, I became the editor of JCK’s Luxury and Trendz magazines, which were separate sub-publications focused on the high-end of the market and on fashion. From there I took over as editor-in-chief of the entire JCK Group from 2000 through 2009.

JCK for many years was like a second family to me. Under the leadership of George and Debbie Holmes, the editor and managing editor who hired me, we had a close-knit group that worked well together and supported one another’s efforts. With its storied history, JCK magazine at the time was like a living, breathing entity, and as chief editor I had been entrusted with the stewardship of it. I strove to continue that sense of family, and I had many proud moments as a leader: a number-one market position, multiple Folio and Neal awards (as well as awards in the jewelry industry), a staff highly sought after as industry speakers, and a global reputation for excellence and authority. But even more than that, I was most proud and gratified as a leader when every single staff editor that RBI allowed me to keep in the move from Pennsylvania to New York chose to stay and make the move with me.

I have three favorite memories of my time at the magazine. In chronological order, the first was the 1992 launch of the inaugural JCK show, then called Jewelry ’92. At the time, the magazine and the show were one.

When George Holmes first announced at an editorial staff meeting that the new show was going to be in Las Vegas, I exclaimed, “But there’s no jewelry manufacturing in Las Vegas!” He replied, “There isn’t any in Basel, Switzerland, either.” Touché. It was exciting to watch as the industry embraced the idea, and booth orders for the inaugural show—originally slated for one small section of the Sands Expo Center—filled the entire facility within weeks.

At the Jewelry ’92 ribbon-cutting ceremony, the UNLV marching band played “The Liberty Bell” by John Philip Sousa—better known as the theme song to Monty Python’s Flying Circus. It was wryly humorous that a true watershed moment for both JCK and the American fine jewelry industry was celebrated with Monty Python.

I was behind the ribbon with select other JCK staff, including our then– diamond editor Russell Shor (now senior industry analyst at GIA). Being huge Python fans, we just could not resist blowing a raspberry sound at the end of the song, just like Python. If anyone still has a VHS player, it’s there in the video of that first show.

My second favorite memory is of the third year of the show, Jewelry ’94, when suddenly every jeweler in the United States decided to come without preregistering. All the editors and sales staff were told to get downstairs immediately to help with a mob scene at registration.

Russ Shor, Bill Shuster (former watch editor, now deceased), and I worked behind the counter to look up JBT ratings. The other editors and the sales team ran back and forth to exhibitors to vouch for retail accounts, while Art Mazzone, one of the sales staff, worked crowd control like a pro. By the end of the day I’d lost my voice from yelling “Next!” and “I need a runner!” My fellow JCK’ers razzed me mercilessly, knowing I couldn’t say a single word back.

Lastly, my third favorite memory is the aftermath of the Professional Jeweler exodus, when all but two salespeople and three editors quit en masse in September 1997. It fell to the five of us (and the support staff that stayed) to save the JCK brand. The energy was incredible. We worked very late every night, but we had so much freedom to re-create and reenvision JCK. Chilton Co.’s top managers were incredibly supportive, George and Debbie Holmes came back out of retirement infused with the same new energy, and together with a whole new staff hired at that time, we not only saved the brand, but we gave it the kick-start it needed to launch to the next level.