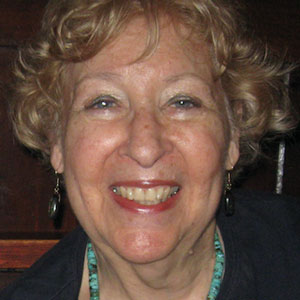 This week we hear from Ettagale Blauer, freelance writer and former JCK New York editor, who covered trends and designers for the magazine in the 1970s (her byline then was Ettagale Lauré).

JCK: When did you start at JCK?

Ettagale Blauer: I joined JCK in 1971. At that time, the industry was very staid and stagnant. Many of the big companies did not see themselves as part of the fashion world. They were focused almost exclusively on material value, with design being somewhat of an afterthought.

After I attended my first few JA shows, diligently looking at every single one of the companies’ offerings, I saw that some didn’t change from year to year. The jewelry was even in the same position in the showcases.

At the same time, I began to cover the emerging contemporary jewelry designers and introduced them to the magazine. Given JCK’s enormous reach in the retail industry at that time, this gave new designers a tremendous audience and a chance to show their work without having the kind of big advertising budget the large, established companies had.

Although the major jewelry show was in New York when I started, by the time I left the magazine in 1983,  JCK had established the Las Vegas show [creating] a seismic shift. Manufacturers needed to compete not just with their jewelry but also with their visuals and, most significantly, the new emphasis on branding.

My entire jewelry education began during my years with JCK. I came in as a writer, not a gemologist or designer, but thanks to the magazine’s reputation, I could call up anyone in the business and get an interview. The magazine gave me access to the most important people in the business. Ironically, it was the individual jewelry designers who I had to convince to participate in my stories—since most had never heard of it when I first came on board. I was often the matchmaker between these two different parts of the business.

Because JCK was based in the suburbs of Philadelphia, I represented the entire editorial staff in New York City, where most of the makers were. As a result, I covered every aspect of the business, from gem cutting and setting to designers, manufacturers, and jewelry-related organizations. This gave me a very broad view of the business.

While at JCK, I was fortunate enough to be offered fact-finding trips to various makers in Europe, covering both the jewelry and tabletop parts of the business. One of my most memorable trips was a top-to-bottom tour of jewelry makers in Italy, which gave me a deep understanding of why the Italians were so dominant. At that time, around 1980, Italian jewelry was the most important part of the industry, and I was able to visit the biggest chain maker at that time, as well as the individual craftsmen who gave Italy its well-deserved reputation.

What was your impression of the magazine?

The very first impression I had was of a magazine that was more suited for the 19th century, not the 20th century. It was virtually all black-and-white including the ads, in an industry that was full of color. Even the typeface was old-fashioned, like the kind used for financial reports.

Over the years, color was introduced, the whole magazine was redesigned with a modern look, and the special annual sections—called Part II—devoted to design, were exciting and worthy of an industry that had such beautiful offerings.

During my years at the magazine, it grew and grew, and there were more and more editorial pages to fill. This meant getting organized, learning to gather information accurately but quickly, and turning out thousands of words each month—without the benefit of a computer (until the end of my time there).

As a side note, when the first computer was introduced, it filled an entire room—it was meant as a way for the salespeople’s secretaries to send out more sales letters. The idea that the editorial staff would benefit from it was not yet on the horizon. I can remember as if it were yesterday the first time I sat at a computer keyboard and watched my words jump to the next line. The freedom it gave the writers, the ability to rework copy without retyping it, was a revelation.