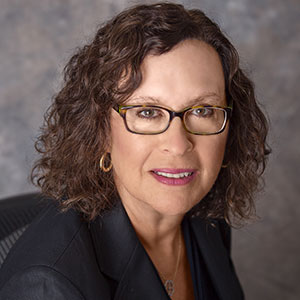 Cecilia Gardner: I joined the jewelry industry in July 1998 when I was appointed as the new leader of the Jewelers Vigilance Committee. I had very little background in the industry itself at that time. The learning curve was quite steep especially due to two issues that were controversial as I entered the industry: the issues of disclosure of heat-treated diamonds and the incidents in Sierra Leone and Angola (and elsewhere) of human rights violations in diamond producing areas.

My background as a lawyer was useful in both of these matters, and I was able to contribute to positive solutions to both: amending the FTC Guides to require disclosure of treatment to diamonds that impacts value, and the creation of the World Diamond Council and the Kimberley Process Certification Scheme. Both of these game-changing events within the first three years of my association with the industry. Quite an introduction!

How has the industry changed since you’ve been in it?

The industry has taken on issues related to the social impact of our supply chain in new and positive ways. At the outset of my work with the World Diamond Council and the issue of conflict diamonds, there was pushback by some on engaging with international governments and the nongovernmental agencies campaigning to end the violence against civilian populations in diamond producing areas. Now, social responsibility and attention to a responsible supply chain for all of our products seems to be an important part of the DNA of this industry.

What role has JCK magazine played in your industry journey?

JCK magazine has been a responsible and attentive chronicler of the events and history of our industry. In my experience, the reporting at JCK is top notch, and the dedication to getting it right has been an ongoing principle of all its reporters. The ability of the reporters at JCK to navigate the fine line between acting in the best interest of the industry and reporting accurately and fairly on all of the often controversial issues of the day has fostered my continuing respect for this publication.

Reporters from JCK consistently endeavor to understand the often complicated matters that JVC addresses, and report them accurately. JCK is an important instrument of communication and education for the industry at large.

Given its long history in the industry, JCK is the archive—the publication of record for our industry. That was my first impression, and that impression has not changed over the years.

What has changed is the manner in which that communication happens. Technology has fostered instant communication, often causing wider impacts on the day-to-day operation of our businesses. I’m thinking of the instant impact of the reporting on the alleged connection of the trade of tanzanite to terrorism, and how it had an immediate negative impact on that trade. The reporting on that matter, and the coverage of the industry’s response were instrumental in the swift recovery of the business.

JCK will continue to honor its long history by placing values of accuracy, fairness, and responsible reporting at the top of its operations. JCK’s leverage of contemporary means of communications is at the leading edge of journalism—and I look forward to the next 150 years!