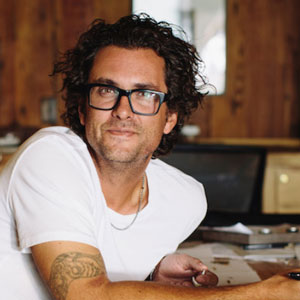 This week we hear from Todd Reed, owner and designer of Todd Reed.

I’ve been in the jewelry industry since 1992. In that time, I’ve witnessed and been a part of enormous change. One of the most important changes I’ve witnessed has been the industry adopting business practices of ethical sourcing and recycled materials.

Outside of that, a lot of changes have been brought about by the internet, which not only brought the industry together but created divides around topics such as the genesis of “derivative design” as it became an actual business reality for the industry as a whole. The digital landscape leveled the playing field by allowing designers to reach more buyers, stores, and retail opportunities.

Social media gets designs in front of everyone immediately. The jewelry industry has worked its way into homes and garages and guest rooms with sites like Etsy, etc. Instead of our “industry” getting smaller, it got larger. Funny. There have been so many changes in the way we buy, sell, show, and discuss jewelry. Not good or bad, but certainly different.

JCK magazine has always been the top source for industry information and what’s happening. My experience has always been positive and when I was a JCK Rising Star (some time ago), it launched opportunities I did not previously realize.

JCK magazine has meant many things to me. Primarily, inclusion, recognition, and pure love of everything jewelry!

My first impression was, “Wow, what a cool magazine with all the things I need to learn about what I’m doing and where I’m going.”

Over the years the magazine has been smart enough to change with the times. Better paper, better design, more relevant topics. While JCK is, of course, influenced by the industry, in more recent years I have seen the publication shaping the industry.