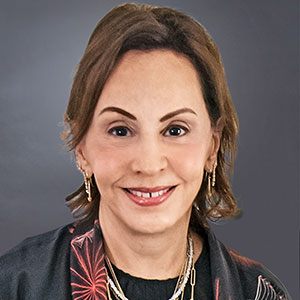 This week we hear from Joanne Teichman, cofounder and managing director of influential jewelry retailer Ylang 23.

I’ve been in the jewelry industry since 1985…wow, that’s 34 years! We’ve always attended jewelry shows and hosted designers in Dallas, but I think over time I’ve [come to] appreciate more all of the people who contribute to our dynamic industry, from designers and retailers, to a wider circle of those who manufacture the jewelry and those who market it.

What’s changed most for me is there’s so much more transparency—and additional avenues of communication because of social media. I’m now living in a faster-paced world, including a “see it-buy-it-sell it” cycle that connects our customers quickly to jewelry they see on social media.

I immediately became aware of JCK magazine when we opened in 1985, because there was so much I wanted to know about retailing and jewelry, and it was the source.

I’ve always loved JCK magazine and look to it for vital information about shows, trends, and people. The articles and interviews put everyone in their best light, and I appreciate that. The deep dive into sensitive topics is admirable. I love JCK’s editors and writers and feel honored when I’m asked to comment on anything having to do with the industry.

The fact that you’re asking me these questions is an honor! JCK magazine, to its credit, has both stayed the same—that is, it’s still dedicated to being the authority on the jewelry industry—and at the same time has evolved to offer content online that makes delivering the news constant.

Congrats to JCK on 150 years! I’m happy that I’ve been a part of your journey!