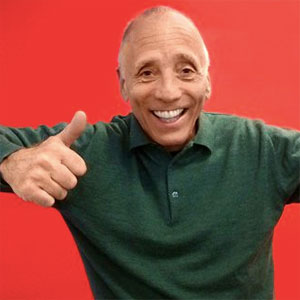 We can’t print every interview in its entirety in the magazine—so we’ve been posting full interviews here on JCKonline.com every Thursday. This week we hear from Bill Furman, the legendary JCK ad manager who retired in 2017 after 45 years of selling for JCK and, in more recent years, for JCK show owner Reed Jewelry Group’s Jewelers International Showcase (JIS) shows.

Bill Furman: JCK enriched my life beyond my wildest expectations! Before joining the magazine, I taught third and sixth grades in Brooklyn and New York City. I began selling advertising for JCK (and Rand McNally) on July 1, 1971.

I’m indebted to Lee Lawrence, the savvy and humble sales director [at the time], who hired me and became my inimitable mentor and dear friend.

Charles Bond, the former JCK publisher, and George Holmes, the former editor-in-chief, were remarkable role models. George reinforced the JCK ethic of integrity, emphasizing the vast difference between advertising and public relations. When I pleaded for a profile of a new customer, he simply said, “Sell JCK on its merit—not on product puffery or self-serving reportage.”

George also encouraged me to write restaurant reviews, which appeared in a myriad of JCK trade show guides.

The unparalleled ethnic diversity of the jewelry industry has created a unique mosaic of multicultural entrepreneurs who embrace each other—despite being crazy competitors! I was exceedingly lucky to be welcomed into so many “families”: Hindu, Turkey, Israel, China, Persia. South America, Thai,  Australia [and more].

” ‘Tis true blood creates relatives,” but my jewelry industry family consists of almost lifelong relationships built on trust, love, and sensitivity. Diwali and dancing Bollywood excites me, celebrating the Chinese New Year is a tradition at the Tucson show. Yippee! Jewelers know how to party, celebrate joie de vivre, and be charitable and empathic.

How lucky to have collaborated with my JCK colleagues in the launch of the 1992 JCK Las Vegas show—truly a serendipitous success! Ed Coyne’s vision clearly was inspiring, and [was executed] with unrelenting confidence. We were extremely lucky to find the window of opportunity and sail through it. The original (naive) concept for the JCK show was “For the people, by the people, and of the people.”

Initially, some trusted, valued customers were shocked [by the show concept], almost throwing me out of their office. “No one will go to sweltering Las Vegas in June to buy jewelry,” they said. We were absolutely terrified by our competition, the timing, the location—plus, we were in a recession!