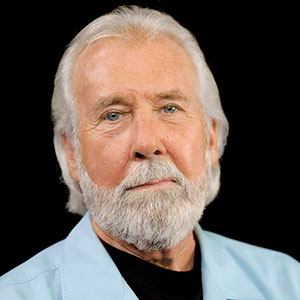 JCK: How long have you been in the jewelry industry, and how did you get started?

Tom Chatham: Officially, I have been in the jewelry industry for 53 years, starting at Chatham Research Laboratories in San Francisco in August of 1965, working under the watchful eye of my father, Carroll Chatham. However, since my family has been involved in the industry for over 80 years, my exposure to the gem and mineral world began when I was a toddler.

My parents were active in the San Francisco Gem & Mineral Society, as well as in the marketing activities surrounding the introduction of Chatham Created Emeralds. I vividly remember going to trade shows and looking at all the minerals, which my father dutifully explained in great chemical detail! It’s probably why I love Tucson so much, having exhibited there at one venue or another for over 45 years, beginning at the old Holiday Inn.

In 2018 I decided enough is enough, and finally resigned my booth at the GJX tent. I will miss Tucson, as well as the many friends Dianna, my wife, and I have made over the years. Not missed will be the sore feet and the set-up and tear-down chores! All of my children, as well as most of my employees, have worked the Tucson show at one point or another. One year we had three locations…and that was too much!

How has the industry changed since you’ve been in it?

Chatham has always been at the forefront of change, from the introduction of Chatham Created Emeralds in the mid-1940s, then the first flux ruby around 1968, followed by many colored sapphires, alexandrites, and finally the lab-grown diamond in 1996. I have seen and possibly caused many changes in the industry. I can’t say I was very impressed with the intellect of the jewelry industry in 1965. Many jewelry stores simply opened their doors and hoped a customer would walk in. The concept of gemological training was in its infancy, and the GIA [Gemological Institute of America] was struggling to survive in the wasteland of jewelry retailing.

I applauded the efforts of the AGS [American Gem Society] in their attempts to educate, but it was also a type of club that was hard to get into. I could see the advantages of such organizations, and still do, and strived to become a part of them. Sometime in the ’70s I asked Al Woodhill, then executive director of the AGS, how I could become an AGS supplier member. He said, “Tom, you need to be a GIA title holder!” Well, having a full-time job, and a wife with a new son, I had little time for attending the GIA in Santa Monica.

However, because of my education and growing up surrounded by gems, I asked if I could challenge the course, meaning I would just leap to the final GG test. Al graciously approved my request and I easily passed the final and became a full-fledged AGS supplier and a lifetime member of the GIA Alumni Association. And for 30-plus years lectured at the GIA every year to expose the current student body to my world of lab-grown gemstones. I am happy to say, I find the industry today to be much better trained and informed than at any time in the past.

What’s been your history with JCK?

I can’t say when I first opened a JCK magazine, but it was well before I joined my father in the labs. My father always included all the family in his work, be it trade shows in New York, gem and mineral shows in San Francisco, or visiting dignitaries from around the world.

I suppose this was because he did not have a formal office in his laboratory, and that space was off-limits to all, so his home was where he received any requests, be it magazine writers, gem experts from around the world, or even TV interviews.

He encouraged my brother and me to watch these events but behave and keep our mouths shut! I still have many JCK magazines from the ’40s and ’50s that had articles written about my father’s work. Some were controversial, like the FTC’s challenge against the word cultured in 1959 as well as the outcome three years later with the approved term Chatham Created Emerald, which has standing to this day worldwide.

Many people objected to this terminology and wanted synthetic or nothing. JCK magazine was very objective in their editorial reporting and became the standard of fairness, in my opinion, and never took sides. I still feel that JCK is the most enlightening and objective of all the many trade books, both here now and those now gone.

The magazine industry has experienced a lot of change in the past two decades. Social media has crept in, printing costs have skyrocketed, ad space is very expensive today versus in the ’80s. But no matter how much information we get over the internet, we still like that written page, and JCK still delivers the most widespread content. It was and continues to be the “bible” of the industry. After all, no business lasts for 150 years if they’re not doing a good job!