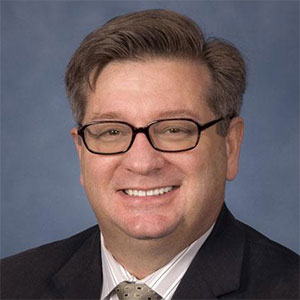 This week we hear from Robert Weldon, director of the Richard T. Liddicoat Gemological Library and Information Center.

Robert Weldon: I started working in the jewelry industry in the mid-1980s, so we are looking at nearly 40 years! The industry has changed considerably since then. De Beers’ huge monopoly position was on the wane back then, yet the company remained a formidable leading force. American jewelers counted heavily on diamond advertising created by this giant.

By contrast, an understanding and appreciation of colored gemstones was muted in the American market, and this was largely due to lack of education or choices. Men were dominant figures who managed business. If you looked at older images of 24 Karat Club members, or if you examined management structures at the largest companies, this fact was obvious well into the 1990s.

Finally, very few people looked downstream to the source of gems or cared about the condition of miners. Much of this has changed.

[De Beers] is still influential, but it has competition from a number of strong producers around the world. American jewelers have more choices when it comes to diamonds, including synthetic diamonds. Fancy color diamonds, once regarded as curiosities, ascended meteorically in appreciation and price around the turn of the last century, prized for their immense rarity and beauty.

Issues such blood diamonds trained the trade’s attention on the sources of gems and the people laboring to find them at the beginning of the supply chain. For the first time, the condition of the miner came into focus. NGOs and consumers asked pointed questions about these aspects.

The advent of TV shopping and internet gem sales focused the public’s attention on colored gemstones in very direct ways. Consumers could read about gems on the internet (though, initially, this was quite sketchy information). Emerald, ruby, and sapphire gems were joined by tanzanite, iolite, spinel, tsavorite, Paraiba tourmaline, and kaleidoscope of colorful garnets.

In the 1990s, the trade’s attention was fixed on understanding treatments of gems engineered to enhance their appearance. This was accompanied by the growing urgent need to disclose such treatments, as well as the treatments’ durability factors. Gem laboratories’ influence grew to meet this demand and to maintain consumer trust.

Emerging rich and middle-class societies in countries like China and India reignited a desire for diamonds and colored gemstones, helping drive prices for gems ever higher. This made the first large-scale colored gemstone mining companies possible. They entered a scene that was largely fragmented and dominated by artisanal mining, as it remains to this day.

In America, the first career fairs in our industry took root, and women were successful in cracking through the glass ceilings of the 20th century, delivering powerful management figures for the jewelry industry. I witnessed the inception of the Women’s Jewelry Association and have gladly observed the power this organization has come to wield. I submit that much remains to be done to deliver parity in salary and opportunity.

At the turn of the century, we first heard phrases like fair trade, ethically sourced, social responsibility, and sustainability. We began to examine new concepts such as our obligations to the environment in the mining process or reassessing the way we do business with people less fortunate than ourselves. In this second decade of the 21st century we have come to believe that we bear some responsibility in achieving positive changes at the very beginning of the supply chain.

At GIA again (since 2006), I am now involved in a project to deliver very basic gem education to colored gemstone miners in East Africa. Such an endeavor was unheard of in the 1980s and 1990s.

After earning my Graduate Gemologist diploma in residence at GIA in Santa Monica back in 1987, I decided to work [there] for a few years, in order to solidify what I had learned.

There, I worked as a gem photographer and librarian at GIA’s then-tiny (but growing) library, with Dona Dirlam. In late 1990, I was recruited by JCK’s legendary editor George Holmes to work in California as a western editor, concentrating on colored gemstones.

For the first time, I was immersed in conceiving and writing stories aimed at helping American jewelers understand and appreciate colored gemstones and their sources. I wrote stories about gem treatments and disclosure, global supply and demand for gemstones, and reported on lapidary achievements.

George appreciated having a gemologist on staff, but he also required his writers to weave business insights into the stories—tips to help jewelers. The stories were also never about our personal experiences. After George Holmes, I worked under Peggy Jo Donahue, who taught about the importance of selecting the right word and choosing simplicity over convoluted phrases.

In those years (before the internet was pervasive) JCK stories were epic, filled with analysis, and often took months to write. These were thought pieces that jewelers today would scarcely have time to read. I supplemented these articles with my own gemstone and locality photography, becoming the first gemological photojournalist in the trade. I moved with my family to Audubon, Pa., close to JCK’s headquarters in Radnor. My tenure as a colored gemstone editor for JCK lasted from 1990 to 1997.

JCK is owner of a profound legacy—an enduring testament to American journalism in the jewelry trade. I am very proud of my time there at the beginning of my career. I can only hope that what we wrote about a few decades ago actually helped jewelers survive and thrive.

I viewed JCK as a behemoth, somewhat intimidating publication, yet an indispensable tool for jewelers. I was in awe of Charlie Bond (the publisher) and George Holmes (the editor-in-chief) who seemed to know everything and everybody.

JCK has evolved. A new generation of editors consistently delivers a fresh, exciting look and manages to keep JCK as a must-have journal in stores at a time when so much information is available from so many diverse sources. JCK’s editors and writers travel more than we ever did, and they are much more involved in the industry itself—which is understandable, given JCK’s important trade shows, industry outreach, and events.