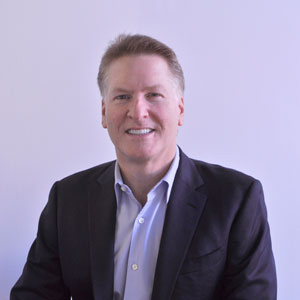 This week we hear from Jonathan Goldman, CEO of jewelry manufacturer Frederick Goldman.

Jonathan Goldman: This will be my 42nd year in the jewelry industry. I started working for my father during the summers on the road with our Southeast sales rep in the ’70s. I learned the business and fell in love with the industry. This is actually the company’s 70th year in business.

As time went on, different retail models emerged and eventually went away. Included are regional mass retailers, catalog showrooms, some regional chains, and lease departments. Today, the obvious competitor is internet sellers as well as Amazon. In all of the years that I have been in the jewelry industry, however, one thing has never changed—and that is the value of relationships.

My father was very progressive and decided that in order to expand his market from a regional manufacturer to a national company, three things were going to be important. One, we had to get our name out there, and JCK offered us the opportunity to do national trade advertising.  Two, WATS lines, where the manufacturer would pay for incoming calls, became available, and, of course, our own sales force.

One of our first ads in JCK was our customer service representative answering the phone. In big block letters we promoted the 800 line, which 45 years later is still the same number (shameless promotion)—800-221-3232.

JCK has always been and continues to be the voice of the industry. We have continuously advertised in the magazine, and now online, for almost 50 years.

When I was a teenager, and still to this day, I read the magazine cover to cover. This was the first magazine that we advertised in and the first one I became familiar with. Lots of magazines have cropped up over the years, but JCK is the one that survived!