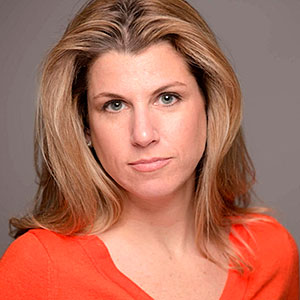 Brandee Dallow: Gosh. I have been in the jewelry industry for much longer than I had [originally] anticipated. I started with the De Beers Group at J. Walter Thompson in 1999 and have been immersed in all levels of the pipeline ever since. I consider it a huge blessing to have worked in marketing, branding, PR, and new business development all the way from mine to retail, which has allowed me to garner an insider’s view of all of the changes that have taken place through the years. Actually though, I’d prefer to use the term evolution versus change because that’s more appropriate.

The jewelry industry has evolved way more than we give ourselves credit for, and I often find myself telling key players that we need to do a better job of letting the world know just how far we have come. Let’s take the blood diamond issue, for example. When 60 Minutes and Vanity Fair first shocked us with their exposés about diamonds fueling civil wars, we as an industry came together like no other seen prior to ensure we curtailed the problems as best as we possibly could—without physically being on the ground. I think, overall, this sent our industry in a direction of self-reflection about the products we sell, and many began programs and initiatives that involved giving back to the communities in which we operate. This “change” continues today.

I’ve also witnessed an industry that is beginning to embrace the importance of increased transparency. For most of its existence, we’ve had limited views as to where our products come from. This is a hugely important change/evolution, as our future customers won’t ask—they will expect that we know the origin of our merchandise.

I’ve had so many experiences with JCK magazine—rather, with the people of JCK magazine, who I consider some of the brightest talents and best humans around. My first and perhaps most memorable experience with JCK involved the great Rob Bates. I was working for JWT at the time and CNN had called to request a diamond expert for one of their programs. I’m pretty sure Rob had never been on national television before (we were industry babies) but to me, he was the only guy to take this interview.

He nailed it, of course, and from that moment, we became more than colleagues. I have also been fortunate to have gotten to know several other members of the JCK team personally as well, including Victoria Gomelsky and Mark Smelzer, for whom I hold the highest regard.

JCK has been the (and my personal) go-to magazine for everything jewelry and watch-related throughout my career. It’s how I keep on the pulse of what is happening in our community, and it has been a one-stop source of both current news as well as smart editorial. We have so many choices of where we get our information these days, but JCK has certainly remained the most reliable.

It really says something about the quality of an editorial publication if it’s lasted the test of time and has covered every milestone in an industry—especially one like ours—which JCK has done in a marvelous way.  I’ve been particularly impressed in recent years as JCK has become so much more colorful, modern, and provocative. Its editorial coverage has also become stronger, giving all facets of our industry information we can actually put to use. But the recent adjustments to the look and feel have made it so much more enjoyable to read.