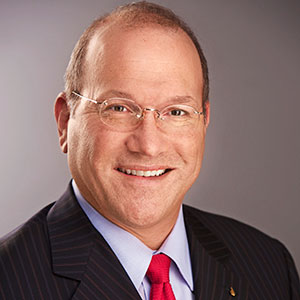 This week we hear from Dave Bonaparte, president and CEO of Jewelers of America.

Needless to say, we had to mobilize quickly to stabilize the portfolio and develop key relationships and trust from our customers. This was my responsibility, and I found that we had a lot of clients who were very interested in keeping this very important show healthy. The market has gone through tremendous change since 1997. We had a recession and the dot com bubble [that] put a tremendous strain on the jewelry industry and started a contraction in its number of retail stores. The biggest change I’ve seen since then is the continued contraction of retail stores while the industry sales volume continues to grow. The channel for sales is changing as there continues to be an increase in digital sales.

Eventually, the teams and personnel were merged together to create a more cohesive group. I have always had great respect for the magazine as a content leader and as [JCK publisher] Mark Smelzer always says, the book of record in the jewelry industry.

Considering it was once my job to manage the publication, I have great memories and stories that go back a few years. You’ll have to ask Frank Dallahan about those stories! The magazine gave me a great opportunity to gain perspective from all facets of the industry and allowed me to build strong, long-lasting relationships that remain today

My first impression was that the magazine business was completely different that the trade show business. It had the same customers but different content. JCK came with the industry’s best reputation, personnel, editors, and content. I had to work hard not to mess that up! When I went into the archives at GIA and had to wear white gloves to read the first-ever publication from the 1800s, I knew it was a credible magazine!

(Photo courtesy of Jewelers of America)