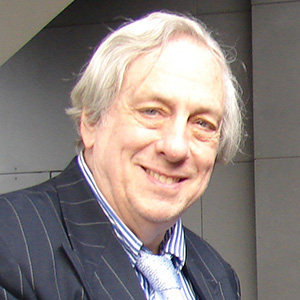 JCK magazine is celebrating its 150th anniversary this year! To commemorate that milestone, we’re talking to 150 veteran jewelry professionals in 2019 for a feature series designed to capture the voices of some of the industry’s most enduring and successful professionals.

The interviews we’ve collected thus far have been fun and fascinating—and because we can’t publish them in their entirety in print, we’re posting them here, on JCKonline.com, every Thursday.

Today we hear from GIA senior industry analyst and former JCK senior editor Russell Shor about how the industry has changed over the years and what JCK has meant to him.

Russell Shor: JCK was my entry into this industry, and I felt at home in it from the first moment I visited 47th Street. Seymour Rosenthal was my first interview—he still had a diamond scale with little brass weights on his desk. I loved it! That was early in 1980, when diamond prices were climbing by the hour almost. I knew nothing about diamonds when I started, except that they were expensive and sparkled a lot. But I had an international background and had worked as a newspaper journalist.

How has the industry changed in your time in it?

The best answer is every way possible, except for the product, of course. Here are some observations:

++ In the 1980s, De Beers controlled almost all the rough diamond supplies.

++ Big wholesale companies controlled most of the middle market.

++ Independent family retail jewelers were responsible for the vast majority of jewelry sales in the U.S. I recall there were over 40,000 then.

++ The least-asked questions about diamonds and gemstones was, Where did they come from? and Under what conditions were they mined?

++ Until the 1990s, the U.S. was responsible for seven out of every 10 diamonds sold around the world. India and China were on no one’s radar as consumer markets.

++ Women have taken their rightful place as leaders in our industry.

++ Think about no internet!

The internet was perhaps the biggest catalyst for change. It allowed anyone to buy diamonds, gems, and jewelry from anyone in the world and really drove the need for GIA grading reports to provide assurance and a common quality standard.

Unfortunately, one thing that has not changed much is jewelry itself. Fads may come and go, but for the most part, things made in the 1970s look pretty much the same as what’s in showcases today—there’s no fashion imperative. Millennial appeal may be a cliché, but designing products to meet their needs and sensibilities is a must, and our industry is not doing a great job of it.

Will the next revolution be lab-grown diamonds.? Let’s all stay tuned. One thing for certain is that these products will keep GIA researchers well-occupied to ensure the industry can ID them.

I started at JCK early in 1980 covering gold jewelry manufacturing and “investments.” The team then was Joe Thompson, Ettagale Blauer, Peggy Jo Donohue, Bill Shuster (who started a few months after me), and Mitch Gilbert, with George Holmes as editor. I became diamond editor after Joe T. left in 1982 or 1983 and kept that role for the remainder of the 19 years I was there, adding pearls sometime later.

The nearest person I had as a mentor was Ettagale, who made sure I understood the importance of the major auctions and introduced me to the key players. Also, Ettagale had a sophisticated wit that could put Dorothy Parker to shame.

When the next generation joined JCK in the mid- to late 1980s, I made two lifelong friends—Hedda Schupak and Robert Weldon—two incredibly talented people who were incredibly fun to work with. Those were pre-PC days so we got away with a lot, laughing all the way. My role changed in 1995, after we purchased New York Diamonds magazine, which I took over as editor, along with the start-up of JCK Japan.

It was my gateway to this industry and allowed me to have some incredible experiences all over the world, plus [develop] lifelong friendships with Hedda, Robert, and Ettagale. How valuable is that?

My first impression is that JCK had a strong sense of editorial integrity. George Holmes was a stickler for that, which Hedda certainly continued in later years. When I started, JCK was geared entirely toward U.S. independent retail jewelers. As these store numbers declined, I tried to make JCK a must-read for the international diamond trade to keep JCK’s influence high.

But that did not stem the decline in circulation, even if more influential people read it. It was apparent even in the late 1990s—before the internet was really a force—that print publications were waning because of rising paper and print costs and long time lags. At JCK in the 1990s, it still took two months for articles to appear in print, the same lead time it took for “dispatches from the diamond fields” to appear in the circa-1870s forerunner to JCK.

The 1990s also saw the Chilton Co. (JCK’s parent) management shift attention away from the magazine to the show we established in Las Vegas in 1992, and it remained geared to independent retailers even though that base was declining, and newer, more nimble players were competing for retailers’ attention.

After I left, Hedda took JCK magazine in a more fashion-oriented direction. Rightly so, because there were now lots of sources for diamond and gemstone information, and there was a diminished need for independent retail management tips.

Catch up on the JCK’s 150th interviews: