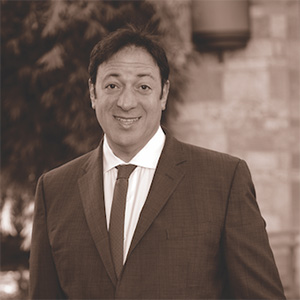 You may have heard by now—JCK magazine is celebrating its 150th anniversary this year. To toast the milestone, we’re talking to 150 jewelry professionals in 2019 (for a series of magazine stories), asking them to share their experiences and memories of the magazine and its long, winding list of editors, publishing execs, and contributors.

The feedback from the industry has been overwhelming in the best way. But because we can’t publish every interview in its entirety in print, we’ve been posting full interviews right here, online—and plan to do so every Thursday in 2019.

This week’s featured jewelry veteran, Eddie LeVian, CEO of global fine fashion and bridal jewelry brand Le Vian, is a household name in the industry—and a longtime friend of both the magazine and JCK show.

Eddie LeVian: I grew up in the business, and our father always tried to teach me and my siblings the centuries-old business. My first formal exposure was 47 years ago at the age of 13, when I interned one summer in my father’s stone-cutting shop and learned how you turn a rock into a finished gemstone. He then took us on trips to the mines, where we learned how the rough is mined and how to select stones that would yield the finished pieces we desired.

In our teenage years, he also took us on trips around the world and exposed us to his various factories and contacts around the planet. During college, I interned with the sales team, traveling the southwest and dealing with manufacturers and retailers.

Upon graduation 40 years ago, I joined Le Vian full time. And within the year I started to use the business-school knowledge of branding to create the Le Vian brand.

The magazine always spoke to the entire industry. It covered the mega-trends as well as the news of majors and independents. As such, it always appealed as a balanced voice.

With the establishment of the JCK show as the premiere show in North America, JCK magazine solidified its position. Through the demise of print and print advertising, the publishers of JCK were creative in taking the book upscale by enlarging it, upgrading it, and creating a spread well. That made it the most attractive of our trade publications that we were advertising in during the Great Recession.

Here is an interesting story with JCK. For years, JCK had an amazing sales manager by the name of Bill Furman, whom, to many, was an icon with his always-smiling and energetic personality.

As time went by we became friends, and he would stop by at the end of the day in our office on 46th Street to chitchat, and he always brought some artisanal chocolates from a store nearby as a gift. He touted the health benefits of high-end chocolate and how it served to keep the heart healthy and was an aphrodisiac. His passion and addiction to chocolate was infectious. Soon I was a chocoholic myself and have to admit that I am one to this day.

One day we were lamenting what a terrible job the mine had done using the natural color diamonds from the Argyle mine in Australia. The pinks were being recognized, but the fancy color browns were being called inferior stones, and the mine’s efforts to trademark and market inexpensive lines with champagne diamonds had failed.

Le Vian in 2000 launched its famous Chocolate Diamonds collection worldwide, maybe the first time any jeweler was successful in naming a diamond on such a scale. The inspiration for the naming was not the color, but the passion and addiction that we wanted our collectors to have for the newly launched, differentiated, natural Chocolate Diamonds.