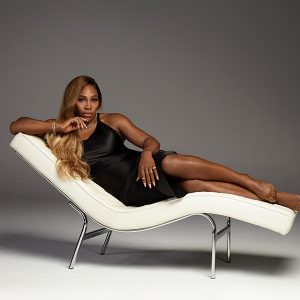 As you may have noticed, people in the jewelry industry like to talk. And people like to talk about jewelry.

This year, JCK has collected 40 of the best, most notable, most insightful— and funniest—jewelry-related quotes of 2019.

Unless otherwise noted, all quotes were made to JCK or garnered by JCK by primary sources.

“Are [big companies] interested in [buying Patek Philippe]? I would say ‘yes’. That means that you did something right. But we are not for sale.”

“[Tiffany is] the only brand I know that owns a color.”

—LVMH chairman and CEO Bernard Arnault to The New York Times, following his company’s purchase of the brand

“[All brand turnarounds] start with understanding where we went wrong with the consumer.”

—Pandora CEO Alexander Lacik, on a May earnings call

“My father made this as a jeweler in the 70s. It is the ONLY thing/ inheritance I have from him. It was in the back that was stolen out of my driveway. Please help me get it back. I am devastated and heartbroken.”

My father made this as a jeweler in the 70s. It is the ONLY thing /inheritance I have from him. It was in the back that was stolen out of my driveway. Please help me get it back. I am devastated and heartbroken. #santamonica #2005redtoyotaavalon pic.twitter.com/OZuPhSzl4U

“There is a piece that my mom gave me when I was young. It was a ring. I still have it. It’s not the fanciest, but it really means a lot to me.”

—Tennis star Serena Williams, who introduced a jewelry line this year, on her favorite piece

“I think jewelry has a wonderful emotional component to it.… I’m a big believer in symbols as wonderful positive reminders. And sometimes when you have something beautiful that you see every day, it’s like a symbol for your love for yourself or someone else’s love for you.… To me it’s a little bit of magic in your everyday life.”

—Actress Zosia Mamet, to US magazine

“Tim goes to the jeweler and says, ‘Look I need a ring. I’m making this happen.’ The guy says. ‘Wait, you know?’ He says, ‘I know what?’ Don had gone to the [same] jeweler and said I’m looking for rings. Now that’s when you know it’s right.”

“I sleep with my jewelry on. I take a shower and do everything with it.”

“Diamonds are forever. Little old ladies are not.”

—Martin Rapaport, explaining why the estate market is set to boom

“The product is fairly new and hasn’t been around a long time. [Customers] haven’ t had a chance to get divorced yet.”

“At one point a couple of years ago, some small-scale miners and traders in Africa tried to mix lab grown [diamonds] into their parcels.”

—The Daily Show host Trevor Noah, who was born in South Africa

“I have no problem with it as long as it’s properly described as “gold flavored.”

—Commenter Red Raleigh on the recent introduction of 1k gold

“Qualifications: Much talent. Proven professional writing ability. Curiosity about why people do what they do. Tough and determined reporter. Working knowledge of people diplomacy. Open to new ideas and challenges. Widely read and possessor of an interesting education.”

—The JCK job ad that Peggy Jo Donahue answered, as she recalled in her submission for our 150th anniversary

“JCK is like the wise and wealthy aunt that shows up for Passover, having traveled the world. She doesn’t have to say a lot, but when she speaks, everyone listens.… JCK is a feminine spirit guide for the jewelry industry and the many people that make their careers in the business. JCK is zen.”

“Social media has gone from a place that’s a fantastic way to connect to being a business that sucks all the money out of a brand’s wallet and is still ineffective.”

—Renae Smith, founder of Sydney-based PR agency the Atticism, to Business of Fashion

“What online-only company is really profitable? Basically none of them. That’s this dirty secret.”

“Shopping on Amazon is dull and uninspiring. But for some people, it’s what they need. [Consumers] do want an experience. They just can’t afford it.”

“If the 2 Amazon Prime Days generate at least $5 [billion] in sales, it will sell more in 48 hours than all but 70 US retailers make in a whole year.”

“I met Blake [Nordstrom] at store 320 (Costa Mesa Brass Plum). One day he came to my dept. He looked around and said, ‘What can I do for you?’ I replied, ‘You can help me tear these boxes open if you want.’ He agreed to it and there we were ripping boxes open. At the end I thanked him and thought, what a nice guy, wearing a suit. I thought he was from corporate. My co-worker, her name was May said, ‘Do you know who that is?’ I said, ‘No, but he was sweet and cute.’ She said, ‘That was Blake Nordstrom. He shouldn’t be ripping boxes open.’ I said, ‘He wanted to.’ ”

—A Facebook reminiscence of Nordstrom co-president Blake Nordstrom, who died in January

“They say some people know the price of everything and the value of nothing. Dick [Greenwood] was the opposite. He knew the value of people.”

“I never worked a day in my life.”

—Diamantaire Leo Schachter, who died in May

“[My father’s rule was:] If you’re selling, round [the figures] down, and if you’re buying, round up—don’t be petty or cheap. He was never all about the money, he was more about keeping people happy.”

“We have to change our mindset. We sell products like commodities. How much per gram of gold? How much per carat for a diamond with a certain grade? Young millennials don’t like that. We need to communicate better with them, understand their dreams, what gives them happiness. I tell my team, ‘We don’t sell jewelry pieces. We sell dreams, love, the intangible things.’ ”

“For me, [the Tiffany flagship] is a very emotional place. Everyone is there for a special reason. Even if they come in just to look, they are there to soak in the atmosphere. There’s no place like it in the world.”

“[Lord & Taylor] has amazing loyalty among the people who shop there. There just aren’t enough of them.”

—Lord & Taylor CEO Helena Foulkes, in a March interview with Vox. The chain was put up for sale two months later.

“I came in [to Randolph Jewelers] on a hot August afternoon and…the place just felt like a comfortable tennis shoe when I walked in. I asked [the owner] what he wanted for the place, and he told me, and I said, ‘Okay.’ And that was how I got to be here.”

—Chris Stephens, to The Sacramento Bee, on how he became the owner of the 167-year-old Placerville, Calif., jewelry store, which recently closed

“The way a millennial lives, he meets the person he loves, they go on a trip overseas, they love each other, they come back and have a home together. They have a dog, maybe later they have a kid. At that point, they buy a diamond ring. A diamond ring remains as a symbol of love, but it can be after three kids, it can be without a wedding—and this is the beauty of the modern world.”

“There are lots of big and well-known names spending a lot of money still getting it wrong, and a lot of small independent labels getting it right.

“We can no longer be opaque about our sourcing and our processes. So instead of saying, ‘Those poor people down there, we wish they had it better,’ we look at the supply chain as a family. If we start to take care of and be concerned about everyone in it and let them know they matter to us, it changes everything. We become an industry of compassion and concern.”

“Companies have sometimes disengaged with artisanal and small-scale mining (ASM) suppliers as a kneejerk reaction to calls for more responsible sourcing practices. However, those thinking that this is a solution are labouring under a misapprehension.… ASM is an important source of income in many developing countries with 40 million people working and 150 million depending on [it].”

“One of the recurring issues we see with the environmental claims is the use of relative standards (i.e., Michelle speaks 20 words of Spanish and Tiffany speaks one, so Michelle is fluent in Spanish) rather than what the standard actually is under the [FTC’s] Green Guides, which is an absolute (i.e., Michelle is either fluent in Spanish or not, regardless of how competent the person standing next to her is).”

“No one is going to touch companies that can’t say who owns them, what their social and environmental standards are.”

“[Smartwatches] are a revolution. It’s been a long time coming.”

“Everyone wants a luxury watch. Everyone has deep in their psyche something they are looking for.”

“If you were to tell me three years ago that brands would be involved in the pre-owned space, I’d have said you’re crazy.”