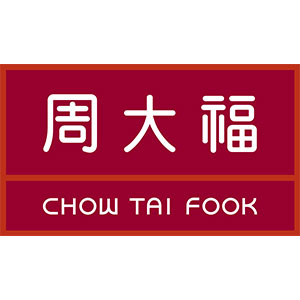 Chow Tai Fook Jewellery Group is, of course, the huge Chinese retailer and jewelry manufacturer that, in 2014, purchased Hearts On Fire and sister brand Mémoire. Prior to buying Hearts On Fire, the group’s activities were mostly localized to China and Hong Kong. But setting up a North American hub was a sign that it was looking beyond its traditional markets.

Yesterday, at Hearts On Fire University, the diamond brand’s biennial educational event in Boston, Capeci and Chow Tai Fook managing director Kent Wong talked with JCK about their plans for the company, whether its business has been affected by Trump’s trade tariffs, and how it plans to double (yes, double) its Asian store count in the next few years:

JCK: Why has Chow Tai Fook set up this North American hub?

When you say “going beyond,” what do you mean?

Capeci: It might be non-branded business, we might have other brands. When you look at the typical jewelry store, there is still an enormous amount of their jewelry case that is not branded higher-end diamonds. There is still a lot of generic diamond product. We can provide them that. And eventually we will look to colored stones and some of the other things that Chow Tai Fook specializes in. We will also look beyond just the independent jewelers to [the majors].

Hearts On Fire retailers all asked us yesterday, “What is your growth plan? What do you intend to do?” I said, “With Hearts On Fire, our number one objective is to make our current customers stronger, healthier, and drive more business in their stores.”

With Mémoire, we want that, plus we think we can have enormous expansion with Mémoire, because it’s only in very few doors. As you know, Peter Smith joined the team in January. And Peter is working with Doug McDowell, the founder, redefining what the Mémoire offering is, focusing on great quality of basic diamond essentials. We want to scale that up very quickly.

And the [other segment] is all brand new. It’s still very small. It’s a blank piece of paper for us.

Do you think you will have other brands?

Kent Wong: We will always be open. One important thing is that any brand should be for a different market. They need to be differentiated. We are interested in different brands, so we can tap into different markets.

Capeci: There is one store in Flushing, Queens, which has been open over two years. That is a giant boutique inside of a Macy’s. We opened in Flushing, as it has the highest Asian population per capita in the United States.

Because Macy’s has seen success in that, we have opened counters in four other Macy’s stores within their jewelry boutiques. This summer we went into Macy’s in San Francisco and Hawaii, all areas with high Asian populations.

Do you expect more of those counters?

Capeci: Depends on how productive they are. Since they are under the Chow Tai Fook banner, most Americans don’t recognize them. If they are successful, absolutely, we will keep rolling out more.

Do you expect to open any retail stores here in the U.S.?

Wong: Brick-and-mortar stores, no. But we do e-commerce.

And how is that going?

Capeci: It’s tough. E-commerce is not an easy business to be in. Just because you have a fabulous website doesn’t mean that you will do a lot of business. We have a great website, we are in the e-commerce business, but we recognize that probably 95% of that traffic is about creating perception and brand awareness, so consumers can buy in an off-line store. And that’s just the nature of the diamond business right now. People still want to buy in person.

Hearts On Fire has done retail stores in the past. Do you expect to start that up again?

Capeci: We have one store, and that’s in Las Vegas, and that store is fine for us. [Hearts on Fire has] recognized that we are not retailers. We are wholesalers. However, that one store in Vegas is a nice opportunity to market the brand because of the traffic in Caesars Palace. We have no intention of opening more retail stores.

How are you marketing Hearts On Fire?

Capeci: Five years ago, everyone thought advertising meant running an ad on TV. We still do a lot of digital advertising, but we are going to do different things like collaborations with influencers. Our jewelry collaboration with Hayley Paige is probably the greatest marketing we could give our customers.

Where do you see the opportunities for growth in the U.S. market?

Capeci: In the U.S., we think the greatest opportunity is in the strong independents. [At Hearts On Fire University], we have 175 companies who are investing thousands of dollars per person to be trained and to be educated about how to be better. We have Harvard Business School professors here teaching a course about business succession and how to build a business for the long-term. These are retailers invested in the future, and those are the ones we want to stay invested in.

Not all of our growth will come from the independents, but we think there is a lot of opportunity in strong retailers who want to grow.

Do you think you’ll be affected by the U.S.-China trade war?

Wong: Today, 99% of our company’s revenue comes from greater China. We are primarily domestically driven. So, extra tariffs from the U.S. do not affect our business at this moment.

Will you have to raise your prices?

Capeci: The beauty of [a company] like Chow Tai Fook, which is so big and is able to move so quickly, is that so much of their production is outside China anyway, and they can easily pivot when needed. So, our customers won’t see any difference in price. Chow Tai Fook’s production operation will figure out where to make it, and we can do it strategically.

How many stores does Chow Tai Fook have currently?

Wong: We have a big market share in tier-one and tier-two cities in China. But in the lower-tier cities, the county-level cities, our market share is much lower.

We see an opportunity to further penetrate down to the county level. We plan to open about 3,000 more stores in the coming years. People in the county level need gold jewelry pieces. The ownership of diamond engagement rings in the lower-tier cities is only about 50%. So, we still see a lot of opportunities to grow.

You have said that you won’t sell lab-grown diamonds. Their sales are increasing in the U.S. Do you see that happening in China?

Wong: Right at this moment, I don’t see lab-grown diamonds becoming a trend in China. According to studies, Chinese female consumers believe only natural diamonds represent true love. When they buy jewelry, they see it as a kind of an investment.

Where do you see the North American business in five years?

Capeci: I think we have great optimism for the business. But we think the market in North America needs a new model. The current model between retailer and wholesaler isn’t really working in either one’s interest.

What do you mean it isn’t working?

Capeci: Everyone struggles with making money. The margins are all we talk about in the industry. That’s because fewer and fewer people are walking in the door. There are less sales. So, the new model is efficiency, how can we [forge] a more efficient partnership, so everyone can do better.

Wong: One thing we need to [discuss] is how we can build trust between the wholesaler and retailer. We have to work as one team. The mid- and downstream need to share information and experience, so we can react faster to consumer demand. The biggest challenge for the industry is losing customers because we don’t know customer needs.

[We need to think more about] what does the customer need? Do we invest money into the customer experience? People are always talking about discounts. There is no future in that. The whole industry has to reposition itself to compete with other industries.

We have to change our mindset. We sell products like commodities. How much per gram of gold? How much per carat for a diamond with a certain grade? Young millennials don’t like that. We need to communicate better with them, understand their dreams, what gives them happiness. I tell my team, “We don’t sell jewelry pieces. We sell dreams, love, the intangible things.”

Anything else you want to mention?

Capeci: I want to talk about the importance of self-purchase, and how critically important for everyone in the diamond business to tell the story, to encourage young girls, especially, to be open to the idea.

Hayley Paige calls her bands “power bands.” She is planting the seed with these 28-year-old women, that you can buy your own bands. So, once they get engaged and get married, self-purchase is part of the equation.

Young girls, and even 30- and 35-year-old women, do not see diamonds as something they can easily buy on their own. And we have to start giving that message. We need to contribute to that shift in how women think about diamonds. It’s really important for all of us.