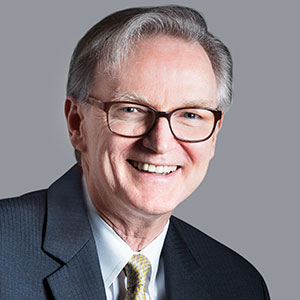 In This Episode
In the latest installment of “The Jewelry District,” you’ll hear JCK editor-in-chief Victoria Gomelsky and news director Rob Bates recap the summer news, including the first Jewelers of America National Convention and an inside look at how JCK‘s Sept./Oct. issue, dedicated to the magazine’s 150th anniversary, is shaping up.

You’ll also hear Rob and Victoria interview Joe Thompson (pictured) of Hodinkee on how he got his start at JCK in the 1970s and the memories he has of the people he worked with during that time.

Show Notes
01:00 Rob covers the highlights of the first Jewelers of America National Convention.
01:55 A member of the U.S. State Department talks about the importance of traceability.
02:31 Rob leads a talk on traceability and blockchain.
08:00 The challenges and future of detection of lab-grown products.
11:02 Jeff Greenberg, senior economist and executive director at J.P. Morgan Global, talks about the economy vs. the jewelry and retail industry.
13:58 Victoria speaks on the 150th anniversary issue of JCK and how people across all different time periods grappled with the same things.
18:20 Rob tells the Weird Jewelry Story about doctors who removed a large quantity of jewelry from a patient’s stomach.
21:56 Rob introduces guest Joe Thompson of Hodinkee, who got his start at JCK in the 1970s.
25:30 Joe talks about his early days at JCK and what he found in the archives from that time period.
37:40 Joe describes the different watch revolutions he’s seen over the course of 40 years in the business, including the current smartwatch revolution.
41:15 The watch business used to be the pillar that JCK was built on, and now watch advertising in the industry has declined. Victoria asks if Joe sees this as a continuing trend in the watch industry.

The First Jewelers of America Convention
Rob attended the first annual Jewelers of America National Convention in July and recounts some of the talks that took place, including a stern talk by a woman from the State Department on traceability. People were taken aback by her hard line. Rob led a panel on traceability and blockchain. It’s something that the outside world is calling for, but it will be a challenge to figure out how to enact. Victoria wonders if this will be easier to implement when technology catches up and blockchain becomes a ubiquitous, household term.

Inside the Anniversary Issue
Victoria has been diving into the archives and has seen that the issues jewelers grapple with today are the same things the industry struggled with in the past, including synthetic stones, how to sell certain stones or watches, survival of retail, etc. Victoria reads certain sentences that—if it weren’t for the syntax—could be from the present day. It helps build a feeling of camaraderie with our predecessors.

Weird Story: Hungry for Wealth
Doctors removed 1.6 kilograms (3.5 pounds) of jewelry from a woman’s stomach, worth £53,000 ($64,310). The woman was suffering from abdominal pain and went to the doctor. Baffled doctors in Bengal, India, discovered the woman had 69 chains, 80 earrings, 46 coins, eight lockets, 11 nose rings, five anklets, and one watch dial in her stomach. Most of the items had disappeared from her family’s home over time, though the family did not suspect anything.

Interview: Joe Thompson
Joe describes Hodinkee and why the fan site for watches captures the interest of watch connoisseurs out there. Joe talks about his early days at JCK and what he found in the archives from that time period, including articles he wrote from when he got his start. Joe talks about the managing editor in 1977 (George Holmes) and includes a tale about an article that Joe wrote, the interviewee of which requested him to alter some of the copy. Lesson: Never send a copy of the article to the subject before it’s published!