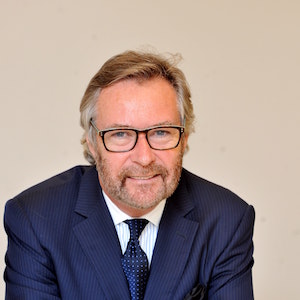 When a company goes from zero U.S. stores to nearly two dozen in less than two years, that’s something to pay attention to. And that’s what Watches of Switzerland has done.

Watches of Switzerland is a United Kingdom–based company that owns 120 stores there, including that chain plus legacy jewelers Goldsmiths and Mappin & Webb.

Starting in 2017, it set its sights on the United States and purchased Mayors from former owner Birks. It now runs 14 Mayors stores and one Rolex boutique in Orlando, Fla.

In 2018, it opened three Watches of Switzerland stores in the United States—two in New York City (one in SoHo, one in the new Hudson Yards retail complex) and one in Las Vegas. It also owns three monobrand stores in Las Vegas devoted to Rolex, Omega, and Breitling.

This year, it will open two new Watches of Switzerland stores, one in Boston’s new Encore resort and casino, and the other in the American Dream Meadowlands complex that is opening this summer in East Rutherford, N.J. That will bring its U.S. store count to 23.

But the company’s biggest news is that on May 30, it went public on the London Stock Exchange. The money from the IPO will no doubt fuel further expansion.

JCK: What are your plans for the Watches of Switzerland brand in the United States?

Brian Duffy: We think the watch retail market in the United States is significantly underdeveloped. We think, more than anything, there has been an absence of investment in watch retail. There are great retailers here, for sure. There are guys that we look at and admire. But we just don’t think there is enough.

So you feel the U.S. needs more watch retailers?

You take Manhattan, we don’t think there is enough representation. If you take London and the U.K., a market we know well, you take the representation of us in London, plus Harrods, plus Selfridges, plus the Bond Street monobrands, and compared to what you would see in New York, there is just not enough here. Everyone wants a luxury watch. Everyone has deep in their psyche something they are looking for.

What void do you feel you are filling in the U.S. jewelry and watch retail marketplace?

We have a way of retailing that we know appeals to a younger clientele. It’s not intimidating, it’s inviting, it’s browsable, it’s interesting, it’s sociable, but also very connected to the digital world and social media.

What should I expect if I come into your stores?

A really nice welcome. People that know a lot about watches and can help you on the journey of what you are looking for. You will have a great choice of product. You will find the environment is inviting and comfortable. You will be offered a nice glass of champagne if you want to sit down and relax.

Do you have any target you want to hit, as far as Watches of Switzerland stores?

People in the United States love their watches. We are amazed at the level of enthusiasm and knowledge of watches around here. We think there is a big potential to grow. We haven’t set ourselves any limitations.

There is a lot of new development happening in the United States. As the old malls are declining, people are investing in new malls with a lot more experiential elements. American Dream is going to be the ultimate expression of that. Hudson Yards has a lot of reasons to go there; there are great restaurants, great bars, definitely things happening around the center.

There will be a lot of development happening over the next few years. And we would love to be involved. There is potential for some smaller acquisitions.

We have a great head office now in Fort Lauderdale [Fla.] with the Mayors group. We took over their head office and expanded that. We have a center for IT and finance and watch servicing and repairs. It’s a structure that we can add to very easily.

How do you plan to build awareness of the Watches of Switzerland name?

Great stores, great marketing, great public relations. We know we have to build awareness. It will take time and money, like anything. We are going to do a lot digitally. We believe in marketing, we know we have to invest in our name. It’s a great name, even if you don’t know us, you get what it’s about instantly.

Your primary competitor in the multibrand watch market is Tourneau. How do you see them?

They have been acquired by Bucherer. Our observation is prior to the acquisition, there wasn’t enough investment. Going back some years, they were way ahead of their time, with the Time Machine and Time Dome, and so on. But you have to stay relevant.

Do you sell watches online?

The online market in the U.S. is unfortunately dominated by gray market. We do very well in the U.K. online, we lead the online watch market there, with a 45% share. We have used that experience to open two websites, one for Mayors and one for Watches for Switzerland.

Online is a small market currently in the U.S., but we think it has potential.

Do you sell pre-owned?

We do pre-owned here, and we are doing it at Mayors. It’s a bigger market in the U.S. Pre-owned, we think it’s a healthy thing for the market overall.

The gray market is terrible. Gray is confusing for the consumer. It is by definition unauthorized and it degrades the brand significantly. We’re delighted to see the brands take action wherever they can to close down the gray supply. We think it’s bad for the market overall.

What is your opinion on smartwatches?

We know it to be true. There has been no change in the average age profile of our consumers. Luxury watches appeal to millennials. They’ve got provenance, they have heritage, they have authenticity, they have craftsmanship, they last forever, they are family heirlooms.

One of the most followed names from a brand standpoint on social media is Rolex. There is no question that this generation is as fascinated by Rolex as any generation is.

David Hurley: People are fascinated by things that you can pass down from generation to generation. And we feel that wearing Apple Watches and fitness bands are getting people into wearing watches again.

What do you see as the future of the Mayors brand?

The Mayors stores that we have, we are looking at each mall that they are in and seeing if there is a better location, and we are moving to that. So we aren’t necessarily keeping the space that they had.

Duffy: We have two big reopenings of Mayors stores, in Merrick Park in Miami and Orlando. We hope to eventually redo all the Mayors stores. They will have a complete new design of the store that will be contemporary and inviting. We have a new look for the logo, a new look for the stores, a new in-store presentation. It has a great heritage, but you have to deliver it a more relevant way.

The big trend in today’s jewelry is toward brands. It is very important that Mayors is seen as a brand, not a big private label, but as a brand that you want to want to emotionally get associated with, which has style, character, and personality. It’s very important to communicate that through advertising, through the in-store visual and the quality of the presentation, and ultimately the design of the product.

Does Mayors still have awareness in its markets?

Mayors has a great deal of affection and awareness in Atlanta and Florida. But it has aged a little, inevitably.

Do you think the Mayors brand has been neglected?

[Prior owner Birks] didn’t invest at the level that we are investing. So draw your own conclusion from that. They had decided to concentrate on Canada and the Birks brand. So, consequently, the stores and the brand weren’t getting the level of investment we feel makes sense.

Would you think of expanding Mayors?

It could expand where it’s known, absolutely. Could it expand beyond Florida? We have no plans for it at the moment, but why not?

How are the U.S. stores doing?

Last year, our U.S. stores were up over 7% like-for-like. We would have done more with more Rolex supply, like everybody. But we think that’s a good result. Our stores in Vegas, our multibrand stores and the Rolex boutique are up over 20%. They are doing great. Our two stores in New York, we are happy with. They are achieving their targets. The traffic in Hudson Yards is way above what we are expecting. The store in SoHo is a bit slower than what we are expecting. But you put the two together, the two New York stores are doing really well.

Everyone is bemoaning the state of U.S. retail. But you still see opportunities here?

We believe in it. It is changing rapidly. We don’t have the legacy problems. Everything we are doing is new, and we think it has big potential.

The U.S. is a great market for jewelry. Per capita it is one of the great markets in the world. We are happy to be here. We don’t underestimate the market. There is a lot of great retail here. We hope we are bringing something additional and new.