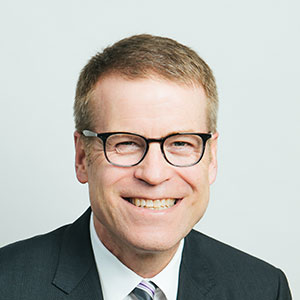 Blake Nordstrom, copresident of the famed retailer that bears his family’s name, died on Jan. 2 in Seattle of lymphoma, according to a statement from the company. He was 58.

Blake’s brothers Pete and Erik Nordstrom will continue to lead the company as copresidents. Blake, Peter, and Erik are the great-grandchildren of founder John W. Nordstrom.

Blake was first appointed president in 2000 at age 39, when he replaced John Whitacre, the only nonfamily member to head the retailer. Robert Spector wrote in the Pugent Sound Business Journal  that analysts were skeptical, but the author of The Nordstrom Way argued they shouldn’t have been.

“I would compare the elevation of Blake Nordstrom and the return of [Blake’s father] Bruce Nordstrom [as chairman] to Steve Jobs reassuming the helm at Apple computer,” he said. “It is that profound, and the potential resurgence could be just as dramatic.”

A former executive told Spector: “There’s something magical about how the Nordstroms feel toward the customer that just connects with employees. The passion of the Nordstrom family for this business is hard to replicate.”

Blake served as the sole president until 2015, when his two brothers joined him as copresidents. A spokesperson told The Seattle Times that the title shift wouldn’t mean a big change, since the three brothers have long made decisions by consensus.

On Dec. 10, Blake announced his lymphoma diagnosis to employees and shareholders, but said he believed that his form of the disease was “treatable” and said that his doctors “were optimistic and encouraged.”

In 2016, the company shifted responsibilities among the three copresidents, with Blake taking charge of the Nordstrom Rack brand, including Rack stores, NordstromRack.com, and HauteLook.com, as well as finance, technology, legal, and human resources. Last March, the company’s board rejected a bid from Blake and other family members to take the company private.