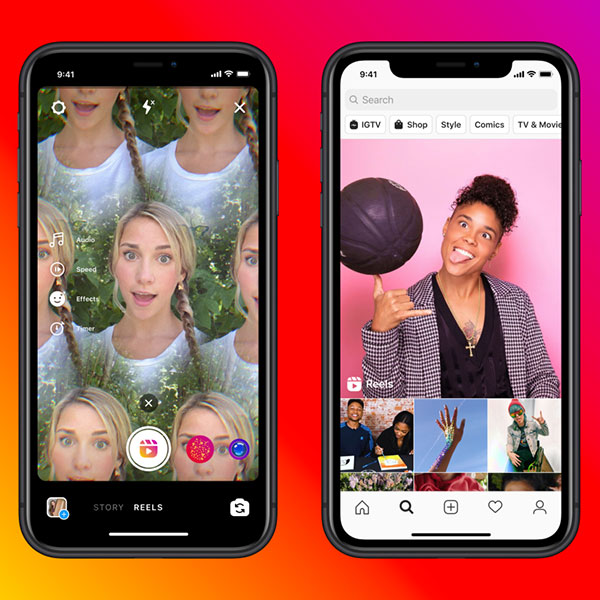 What a doozy of a year. I needn’t tell you of its incredible ups and downs—mostly downs, on a grand scale at least—so instead I’ll remind you of the role social media played in 2020. For starters, let’s just say: Thank goodness for social media, and the technology that made connecting with people—and working from home—possible for so many this year. It’s not an outright replacement for in-person gatherings or the atmosphere of a collaborative office, but it sure as heck was better than nothing.

The year on social media started like any other. The Golden Globes happened (in person, can you imagine!), and celebrities and their stylists offered lovely looks at the jewels behind the scenes. Soon, we began setting our sights on spring, with nary a worry and bountiful jewels to welcome the new season.

There was talk of new apps and app features on the scene. Video app Byte tried to be the second coming of Vine. LinkedIn started telling its own Stories. And Facebook’s New Product Experimentation Team debuted Hobbi, a Pinterest-like app designed to track the progress of people’s, well, hobbies. There was also an app called Depalo that I reported on once and have literally not heard about since. 2021 is a new year, though, and as the app is intended to be used to scout photo-worthy spots, perhaps it’ll see more use when people get back to being out and about.

Then, the pandemic happened. It didn’t take long for shutdowns to be put into place, and more and more people began staying at home in attempts to flatten the curve. And social media companies responded quickly, offering new features on their apps (and even some new apps entirely) to accommodate our new lifestyles. The Houseparty app made a comeback, Zoom made it look like you were actually somewhere other than your house, and Instagram introduced Messenger Rooms, a Zoom-like feature for conversing with up to 50 users.

Publicity-wise, a handful of social media companies had a pretty gnarly year, and arguably none had it worse than Facebook. The tech giant was recently sued for illegal acts of monopolization, although we probably won’t know the results of the suit for some time. Facebook was also the target of a massive advertising boycott back in June, dubbed the #StopHateForProfit campaign.

Despite its lows, though, Facebook managed to do some good this year, too. Monthly philanthropic efforts and resources to help small businesses thrive during the pandemic became commonplace on the platform. From its Black Business August events and #BuyBlack Friday series to its recent Season of Giving, Facebook stepped up its game; whether to save its image or save the world (or perhaps a bit of both), its efforts were welcome.

The Facebook-owned Instagram also incorporated features to help small businesses this year, with things like a new sticker feature designed to help independently owned companies get their names in front of users of the app. It also tested a new fundraising feature that makes it possible for users to raise money for personal causes and charities.

As for TikTok, even if you don’t use it, you definitely heard about it this year. As the short video app made headlines for potentially being banned in the United States, competitors were eager to fill its shoes: Triller tried to be the “adult version” of TikTok, while Instagram’s Reels (pictured) quickly became popular, if not an altogether replacement for TikTok.

As for 2021, we recently shared a list of the top social media trends according to experts, which you can read here. But look for certain elements of 2020 to carry over to the coming year, particularly socially conscious audiences looking to do a little good through their purchases.