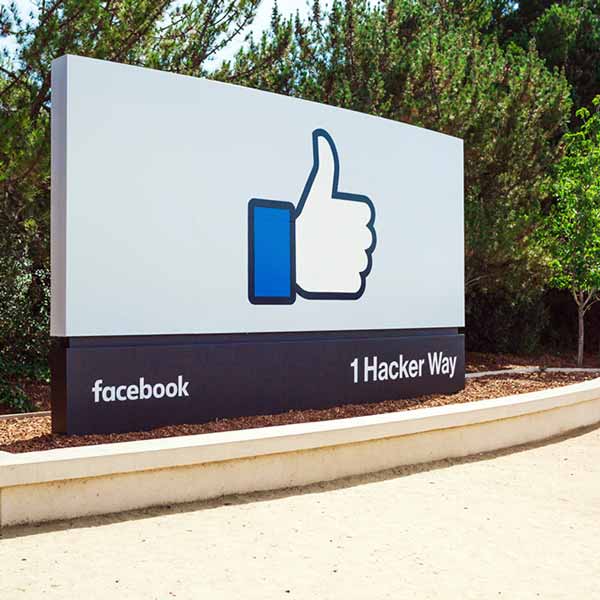 It wasn’t long ago that one didn’t feel it necessary to give much thought to something as run-of-the-mill as advertising on Facebook. For that matter, social media apps such as Facebook and Instagram are offering retail businesses like jewelers accessible avenues for selling their products online at a time they need it most.

But as news of brands big and small pulling the plug on their Facebook advertising continues to grow, it wouldn’t be unreasonable to consider whether it makes sense to join them.

For some time, Facebook has been in hot water for exacerbating the rate at which people devour misinformation, with cofounder and CEO Mark Zuckerberg’s defiant hands-off approach to disseminating hate speech on his platform making more news than ever.

Enter the boycott, dubbed the #StopHateForProfit campaign. A recent New York Times article lists the big companies joining those who are no longer spending their ad dollars on Facebook (at least for the time being). It’s an impressive roster—Unilever, Coca-Cola, Verizon, Honda, Levi Strauss, Birchbox, Lululemon, Eddie Bauer, Patagonia, REI, North Face—all of which amounts to roughly $132 million (an estimate based on what the companies spent on advertising in the United States last year, according to Pathmatics). The bulk of the boycott’s participants is also reportedly made up of smaller businesses, which comprise the majority of Facebook’s 8 million advertisers.

It’s quite stirring to see such a turnout join a movement meant to demand change, and it would make sense for any retailer who wants to participate to do so. But the difference here is that the companies mentioned above can afford it. Maybe Facebook advertising brings in a lot of money for some retailers: One survey claims that 62% of small businesses fail with Facebook ads, but, regardless, some must be seeing even a small amount of success.

So how does one who feels passionate about the issue step away from a platform that helps to market their business? There is no definite answer to that question, no advice one could give, because that is very much a personal choice. You know the phrase, “It’s not personal, it’s just business?” This is both.

I don’t own an independent business to fully relate to this. But I can understand struggling with the idea of stepping away from Facebook, if not for the same reasons as a retailer.

Because they’ve got me. They’ve got those distant relatives that keep in touch only through Facebook (though come to think of it, couldn’t I just send them an email once in a while?). But it’s the same for businesses—maybe Facebook advertising reaches those valuable customers you wouldn’t otherwise reach. Different results (one brings in money, my example does not)—but the same general idea, nonetheless.

And, oh yeah, Facebook owns a little thing called Instagram. You may have heard of it? Spend a generous portion of your day on it? Yeah, me too. Instagram, at least for the moment, is not the focus for this boycott, because it doesn’t necessarily present information in the same way that Facebook does. So, if you’re debating whether to join the boycott, consider what kind of financial hit your business would take without it. And if you’re inspired but concerned, seek other platforms that would make sense for your business’s ad dollars. For instance, did you know you can advertise on TikTok? Maybe you spend more on Google ads or even on Amazon (seriously, don’t you spend more time on Amazon than Facebook these days, anyway?). But understand that you’re going to reach varied audiences, and consider how much your Facebook audience means to your business.

On the other hand, for a struggling small business for whom every dollar counts, the fear of alienating important customers may signal alarm bells that can’t be ignored—even if they feel passionate about an issue. It’s a very, very hard decision to make, especially for independent designers and brands, where separating the business from the personal isn’t easy or even possible at times (that’s why we love indie brands! They’re people!). If we could all be Jeff Bezos and afford to lose customers, wouldn’t that be grand?Alas, this is not the case.

It can also be easy to get disheartened. Facebook has endured its share of boycotts in the past (remember when everyone wanted to delete their accounts?), but this is a time for hope and perseverance. And #StopHateForProfit is gaining ground. Mark Zuckerberg addressed the matter on Friday with promises to ban certain ads and work to further crack down on hate speech, though he did not address the boycott itself.

Facebook expressed defiance earlier in the week. The vice president of its Global Marketing Solutions, Carolyn Everson, said in a statement that the platform does “…not make policy changes tied to revenue pressure,” rather “we set our policies based on principles rather than business interests.” Furthermore, there are brands that account for a much higher percentage of Facebook’s ad revenue—Home Depot, Walmart, Microsoft, AT&T, and Disney are among the top spenders—so one of those names joining the list would be a much bigger blow. We’ll just have to wait and see.