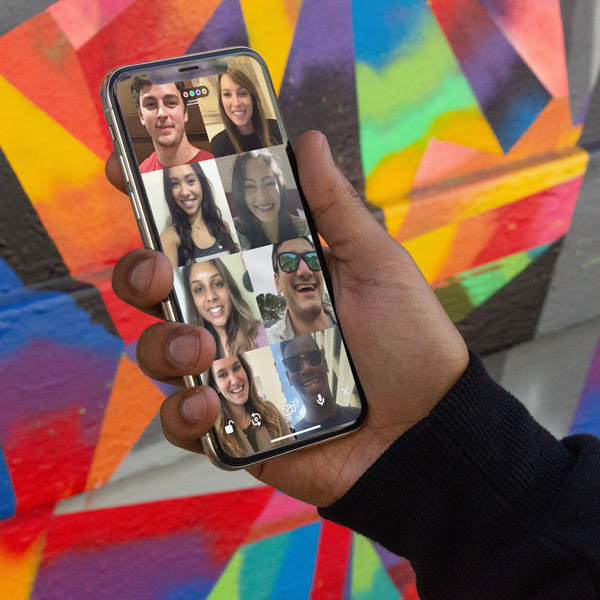 In the past three weeks, I’ve heard more people talk about Zoom than I ever did working in an office environment. The video conferencing software is being used by far more than business associates: It’s the tool of choice for day-care friends to connect with one another and my daughter’s now-digital music class.

For those who like to use Zoom, it should be noted that a recent report from Vice revealed that Zoom’s iOS app is sending users’ data to Facebook (even for those who don’t have a Facebook account). It’s not an uncommon practice for apps to do this, except Zoom’s privacy policy doesn’t make it clear that it’s doing this at all. So there’s that, if you care.

Many users won’t (what’s privacy in the digital age, anyway?), but there are other options for video conferencing–style meetups, and one in particular seems to be making a comeback—and it comes with some fun bells and whistles.

Houseparty, “the next best thing to hanging out in person” as it’s described on its App Store page, lets users catch up with their friends—up to eight of them at once—in video chat sessions that also feature games that everyone can play together. Like a house party, but in the age of social distancing.

The app was actually introduced in 2016 and was well received by younger audiences (which is probably why I had never before used nor heard of it, as I wasn’t under 24 when it came out). Upon release, the app was downloaded by a reported 35 million users worldwide. New users had since declined, until now.

Currently the No. 1 app in Social Networking on the App Store, and with an average rating of 4.8 out of 5 stars (pretty darn close to excellent as far as reviews go), Houseparty is experiencing a renaissance I would bet its creators never saw coming. It’s worth noting that the app was acquired by Epic Games in 2019, the makers of wildly popular game Fortnite. These people are not strangers to bringing people together online.

It is the answer to revitalizing your business when the best we can do is shop online? That I’m not quite sure about, though creative minds in our industry will undoubtedly find ways to bring people together in a session or two. But apps such as Houseparty feel like necessities while we continue to hunker down and stay home, combating those feelings of isolation that can at times seem overwhelming. How many ideas can be brainstormed with a session of top marketing minds? How many of your best customers can be impressed with the latest designs you’ve been working on from your in-home studio, should you be so fortunate to have one? How many industry pals can catch up just for kicks in a post-show-style happy hour, done digitally? This isn’t going to save the world. But it could do something to save our sanity.