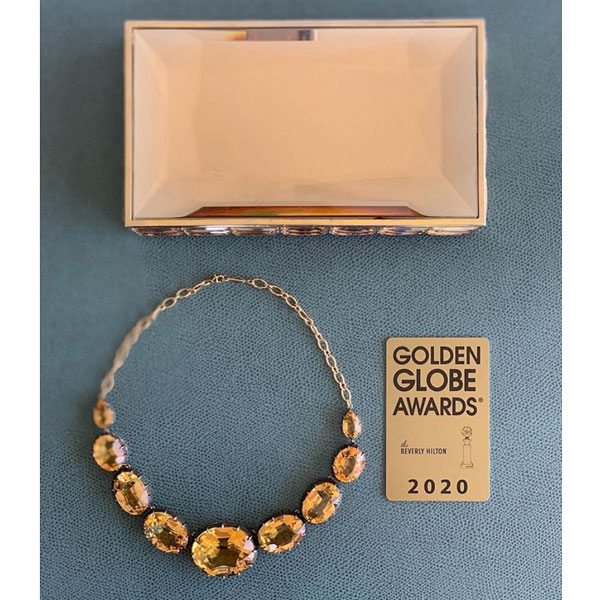 Awards season is now officially in full swing, with the airing of Sunday’s Golden Globes and a few smaller events preceding it.

While I anticipate each event just as heartily as ever, the way I enjoy each show—and ogle the jewelry—has changed.

It used to be that I would plop down in front of the television around 6 or 7 p.m., ready for the red carpet review with a bottle of chilled champagne. I’d meet a cavalry of fellow jewelry-industry oglers on Twitter, and we’d trade information and opinions on our sightings prior to the airing of the actual show.

Now, the prospect of an entire bottle of champagne feels mountainous, I’m busy putting a toddler to bed anywhere from 6 p.m. to 8 p.m., and I can’t tell you the last time I logged onto Twitter.

For a while, I was feeling the effects of FOMO majorly. But then Instagram got bigger and bigger, with more and more users joining, giving us access to things we’ve never seen before.

Now, I don’t need to yell at the TV while Ryan Seacrest or whoever else fails to ask about the jewelry sparkling right there in their faces. I don’t need to worry about the surplus of commercials (before the show, anyway). As for the champagne, I’ve been buying mini bottles and even cans of sparkling wine, which totally isn’t the same, but once you open a big bottle, you can’t really save it, can you? But that’s neither here nor there.

Over the last couple of years I’ve started following not only celebrity stylists, but also makeup and hair artists, a couple of celebrities themselves, PR companies, jewelers, and photographers, all who, on occasion, share some truly golden behind-the-scenes photos and up-close looks at the red carpet jewels that have us all talking the next day.

Unfortunately, at least for the purposes of this blog, many of the best looks at the red carpet jewelry were shared via Instagram Stories, and, in order to not get mixed up in any misuse of others’ images, I won’t share them here. However, if you’re quick today, you’ll likely still be able to catch them before their 24-hour time limit expires.

AND SHES OFF!!! @reesewitherspoon out to the door to the @thegoldenglobeawards ✨✨

Rob Zangardi gave a fantastic close-up of J-Lo’s eye-catching Harry Winston suite, and Jason Bolden gave a good look at Cynthia Erivo’s Bulgari jewels (one of my favorite looks of the evening).

There are still some feed-worthy jewelry shots shared here, and I’m so excited that this is just the beginning of awards season—even if I didn’t make it through the entire show last night. I caught most of the jewelry, and that’s what matters most anyway.