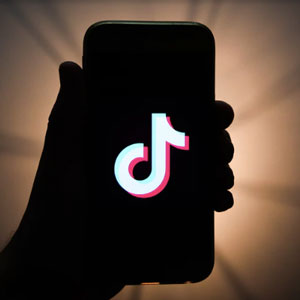 The Trump administration announced today that it would ban Chinese-owned mobile apps TikTok and WeChat from U.S. app stores over security concerns that China could potentially be using the apps to collect information on American citizens.

The U.S. Department of Commerce released a statement Friday saying that both apps collect “vast swaths of data from users, including network activity, location data, and browsing and search histories. Each is an active participant in China’s civil-military fusion and is subject to mandatory cooperation with the intelligence services of the CCP [Chinese Communist Party]. This combination results in the use of WeChat and TikTok creating unacceptable risks to our national security.”

Collectively, TikTok and WeChat are used by more than 100 million people in the United States, including many American jewelry and watch businesses that have unearthed a young and energized consumer base there.

WeChat is extremely popular within the international jewelry community, and at trade shows it has become the primary way to communicate with friends and colleagues who hail from different countries. The app’s text-like communication platform is universal.

You can still have both apps on your phone, if you choose—and TikTok’s functionality won’t be compromised for a couple of months (more on that in a minute). But the ability to do any kind of business on WeChat—transfer funds and process payments—ends on Sunday.

On WeChat, the restrictions will also prevent any company from offering internet hosting, content delivery networks, internet transit, or peering services, or using the app’s code in other software or services in the United States.

TikTok will be subject to the same restrictions as of Nov. 12. But the TikTok restrictions may be short-lived. The company is currently in talks to be acquired by American tech company Oracle, a company President Trump likes and trusts. The Commerce Department announced in a statement that the president had given a deadline of Nov. 12 for TikTok’s national security concerns to be resolved. If they are, the restrictions will be lifted.