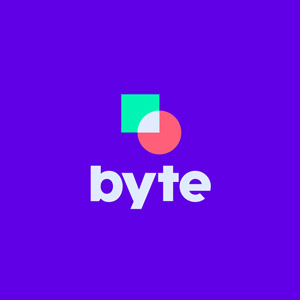 Remember the days of Vine, the app that introduced us to the hilarity of 6-second video clips and then shuttered in January 2017? It was around the time of the app’s discontinuation that its cofounder, Dom Hofmann, announced that work had begun on its successor. Well, it appears that work is done—on Jan. 24, the world was introduced to Byte, bringing back the 6-second looping videos in a stand-alone app that’s asking avid users to come back once again. But in the age of TikTok, Instagram Stories, and Snapchat, will they? And should you?

In its first week, Byte was downloaded a reported 1.3 million times—better than its predecessor’s performance in the same time period.

Reviews on Apple’s app store are pretty solid—a 4.5 out of 5, with 3,000 reviews at press time. Many users refer to the “good old days” of Vine, lauding the app for its efforts to foster a community of creators (sounds a bit like VSCO, no?). But a common complaint in the reviews centers on the app’s comeback feeling forced, trying to make the old days of Vine happen when maybe we’ve all just moved on and it’s time to let sleeping dogs lie.

Early reports of the app’s functionality are pretty good, save for a flood of desperate comments asking users for follows, accounts seeking an early boost to their follower counts in hopes that eventually they’ll be able to monetize their content on the app. There is no option to do this as of yet, while its competitors do have that offering.

So if you were to join, particularly as a business, what’s in it for you? Essentially, exposure—and the possibility to connect with an audience in an organic way that doesn’t make them feel like they’re being advertised to or targeted (particularly since there’s currently no advertising on Byte). My colleague Emili Vesilind penned the piece “Why TikTok Could Be a Smart Marketing Move for Your Store” for the Nov./Dec. issue of JCK magazine—and its lessons can basically be applied here. There’s potential for sure, and, like all things social media, lots of uncertainty.

Which is why “never say never” should be your guide, and early adoption of new platforms should always be advised—because you just never know.