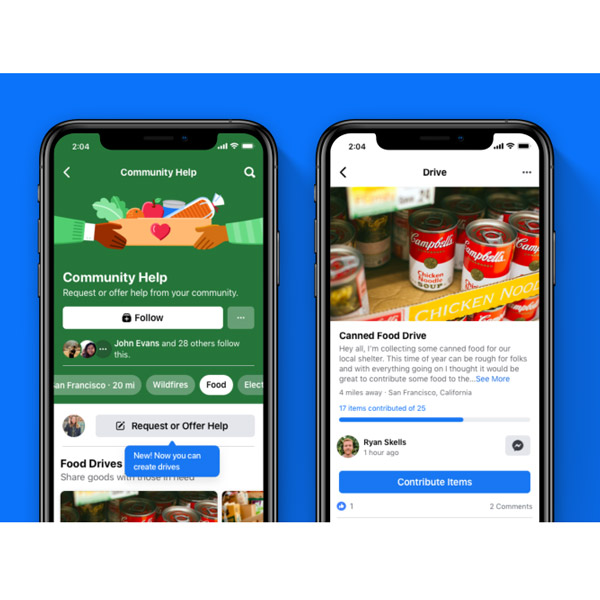 If it feels like you’ve donated your time or money to worthy causes more than ever this year—well, you probably have. But that only shows how in need people and the organizations that help them are right now, during this time of hardship. For all its faults, social media can connect us to a host of people and programs that need our generosity, and 2020 saw people taking advantage of that connection.

According to Facebook, users on both its namesake platform and Instagram have raised more than $100 million for COVID-19 causes and $65 million for organizations supporting racial justice this year, while more than 3.9 million people visited Facebook’s Community Help page, which helps users find ways to give and receive help.

During the holiday season, an even greater amount of people make donations, including on GivingTuesday—a post-Thanksgiving global cause started in 2012 by founding partners Mashable, Skype, and Cisco, among others—which is tomorrow, Dec. 1.

In the spirit of giving, Facebook announced it will match up to $7 million in eligible donations to U.S. nonprofits made on its platform on GivingTuesday. Thankfully for retailers and individuals looking to get involved, Facebook has made that giving easy.

Instagram already has fundraising tools available on its platform, while Facebook has a feature that allows users to start their own fundraiser. Instagram also offers tools such as donation stickers, Instagram Live fundraisers, and personal fundraisers. Facebook is reportedly testing a new function that would allow people to create and share nonprofit fundraisers directly within their feeds, though more details on that function are not currently available.

On Facebook’s Community Help page, the social giant introduced the new feature Drives, which makes it easier to collect food, clothes, and other necessities for those in need. Drives is in the beginning stages of its rollout but will reportedly be widely available in the coming days.

For more information on how you or your business can participate in Facebook’s Season of Giving, visit about.fb.com/seasonofgiving.

Top: A screenshot of Facebook’s Season of Giving offerings (image via Facebook)