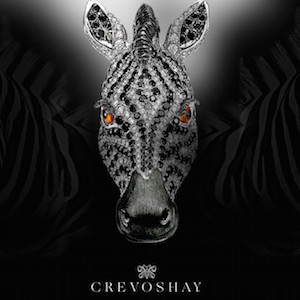 When Dan Scott, the founder and brand architect of Luxe Licensing, hears natural and lab-grown diamond sellers take shots at each other, it pains him. Because he has seen this movie before.

In a webinar this week for Gemmological Research Indsustries, Scott, the former chief marketing officer for designer Scott Kay, recounted two past intratrade battles he was involved in: platinum vs. palladium, and cobalt vs. tungsten carbide. He tells JCK that while both sides enjoyed momentary victories, everyone ended up losing.

When Scott worked for Scott Kay, the late designer—whose first love was platinum—began dabbling in its then-cheaper alternative, palladium. But not everyone in the industry considered palladium a precious metal.

One jeweler quoted in JCK said—in words that seem fit for the current market—“If you are willing to use substandard metals like palladium, then why not use synthetic gemstones or even synthetic diamonds?” Kay later called the comments “surreal.”

Eventually, an informal agreement was arranged—platinum would be used in bridal, while palladium would be used for fashion. There were plans for the two metals to be promoted in tandem. In the end, the main palladium miner went out on its own.

“That opened the door…to create palladium engagement and wedding bands without friction,” Scott says. “This, of course, led to the battle of precious, natural white metals that sent platinum and palladium in a downward spiral.

“It just wasn’t handled in a way that I think was beneficial to both sides. Look where the price of platinum is now. And I don’t know many retailers that continue to use palladium.”

Later, Kay, who was not one to shrink from a fight, got into another brawl over the merits of cobalt versus tungsten carbide, which the designer claimed was “brittle.”

This fight was more serious, with rival Frederick Goldman—which now owns the Scott Kay brand—petitioning the Federal Trade Commission to weigh in on Kay’s claims. And while cobalt did get some traction, it was short-lived.

“[The two metals] had a war when we could have lived together,” Scott says. “The retailers were caught in the middle and they didn’t know which way to turn. And while we were fighting it out, and we had all the lawsuits and all of the craziness, some smart people started to talk about the benefits of titanium—similar price tag, similar look. So the retailers went the easiest route and started selling a product without any controversy, without any issues.”

Scott, who contributes features to Lab Grown Magazine, sees the same thing happening in the diamond sphere. He thinks it makes even less sense for the natural and lab-grown sectors to fight, since lab-grown diamonds are priced relative to the Rapaport price list for natural diamonds.

“We’re attached at the hip,” he says. “It’s like we’re Siamese twins. If one goes down, so does the other. If there’s too much fighting or discontent or any real complications, the retailers will easily move on.”

Which would be a disaster, he says: “If the diamond industry goes south, you would see horrendous devastation, tremendous jobs lost.”

Scott is already hearing of consumers opting for colored stone or even pearl centers.

Instead of trying to slug it out with natural diamonds in the bridal sphere, he feels lab-grown diamond producers should embrace the opportunities this new product presents—for accessible fashion, and colored diamonds that aren’t otherwise available or affordable for most people.

“There is so much more upside and margin there,” he says. “Plus, there’s less possibility of price comparisons.”

The lab-grown business is very much in its Wild West phase, Scott says, with retailers confused about how to talk about the diamonds, especially over disputed concepts like eco-friendliness.

“A lot of companies, they’re just kind of making it up as they go along, and hoping that they don’t get in trouble for maybe saying the wrong thing,” he says.

It doesn’t help that there’s a lot of short-term players involved, who are just in it to make a quick buck and don’t care about any wreckage that they leave behind. But for those of us in this industry long-term, Scott would like to see trade associations get more involved with developing a standard terminology to settle these issues. That’s more likely now that a growing number of retailers and wholesalers sell both kinds of diamonds.

Fortunately, in recent months, we have seen the war of words settle down a bit, though it hasn’t completely died out. The Natural Diamond Council has said it’s no longer interested in fighting with its new competitor, as it sees greater opportunity in growing the overall market. Gwyneth Borden, the newly appointed director of public policy for lab-grown manufacturer Diamond Foundry, agrees that negativity doesn’t serve either industry’s interest.

“Both products should be able to coexist with their value propositions,” she says. “Conflicting messages can mean consumers choose diamonds less.”

Scott hopes that this becomes the dominant way of thinking.

“Lab-grown diamonds should openly embrace natural diamonds with the biggest hug possible,” he says. “It’s their very reason for existing. The unity of mined and man-made diamonds could be the most powerful benefit the jewelry industry has ever experienced.”

His company, Luxe Licensing, works with clients, like Paula Crevoshay, that don’t work with lab-growns, as well as demi-fine brands that want only them.

“There will always be dual audiences,” he says. “But there should never be dueling diamonds.”