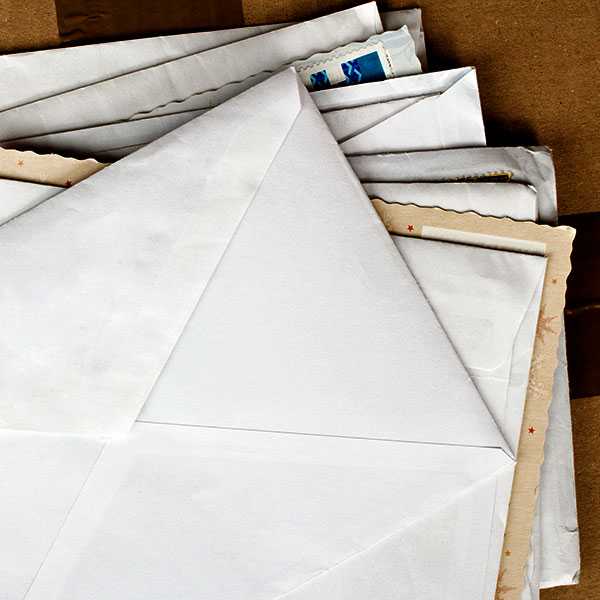 The move received a lot of attention, as it’s unusual for the FTC to do any kind of enforcement of its Jewelry Guides—never mind sending letters to eight jewelry companies at once.

In response to a Freedom of Information Act request, JCK recently received the eight unredacted letters, all signed by James A. Kohm, the associate director of the FTC’s division of enforcement.

Three of the letters were sent to companies that exclusively sell lab-grown diamonds—Ada Diamonds, Diamond Foundry, and Pure Grown Diamonds—and the other five were sent to companies that sell diamond simulants—Agape Diamonds, Diamond Nexus, MiaDonna & Co., Stauer, and Timepieces International. Some of the simulant sellers, including MiaDonna and Stauer, also sell lab-grown diamonds.

The letters to the three lab-grown diamond companies advised that sellers of man-made gems should clearly and conspicuously disclose their stones’ origin. The Diamond Foundry and Pure Grown letters cautioned against using non-FTC-recommended terminology, such as “real diamonds created in California” and “above Earth diamonds.”

Kohm acknowledged in the letters that the companies all had portions of their websites that disclosed that their diamonds did not come from a mine. But “consumers could easily overlook” that, he said. Two of the letters also suggested that solely including a #labgrown hashtag may not be considered sufficient disclosure in a social media post.

The FTC also cautioned the companies not to make “unqualified general environmental benefit claims”—such as using terms like environmentally friendly and sustainable—”because it is highly unlikely that they can substantiate all reasonable interpretations of these claims.”

While there are differences of opinion on the environmental impact of man-made versus mined diamonds, the FTC does not seem to be endorsing any side of that argument. It is simply cautioning companies against using those terms and making those broad overarching claims.

Ada Diamonds said it had settled the matter. Diamond Foundry did not return a request for comment but has previously said it “prides itself” on being a lab diamond producer that “has worked collaboratively with the FTC for years.” Pure Grown Diamonds declined comment.

The letters to the five simulant sellers said that retailers of those stones should “avoid describing their products in a way that may falsely imply that they have the same optical, physical, and chemical properties of mined diamonds.” (Simulants are look-alikes, such as cubic zirconia, which do not have the same chemical makeup as diamonds, whether natural or lab-grown.)

The letters mentioned Agape’s use of its diamondslabcreated.com as its web address; Diamond Nexus’ use of contemporary Nexus Diamond; Stauer’s use of lab-created DiamondAura; and Timepieces International’s use of diamondeau.

As with the lab-grown companies, Kohm’s letter acknowledged that the companies’ sites have sections that identify the products as simulants. But he again noted that consumers might overlook them.

The letters to the simulant companies, except for Timepieces, also cited their environmental benefit claims.

Stauer president Michael Bisceglia says his company is in the process of changing its site.

“We think the FTC comments were helpful and more than fair,” he says. “We sell mined diamonds, lab diamonds, and diamond simulants, and it was helpful to have that additional clarity.”

MiaDonna chief executive officer and founder Anna-Mieke Anderson tells JCK via email that her company has “spoken to the FTC directly in response and they are satisfied with the verbiage adjustments and additions we will be making to language describing the technology options we offer—especially in regard to the Diamond Hybrid simulant we offer. Our lab-grown diamonds and gemstones do not fall into this same category, but I welcome anything we can do to improve and evolve as an industry while helping to educate the consumer.”

Brittany Bozmoski, chief marketing officer of Forever Companies, parent company of Diamond Nexus Labs, emails: “Forever Companies is an open book with our customers, as well as the FTC, and are happy to benefit from the feedback of both. We’re delighted with every opportunity to educate consumers and regulators about how our products compare to mined diamonds in look, durability, cost, chemistry, and environmental impact. ”

The other two companies did not respond to JCK’s requests for comment.

Jewelers Vigilance Committee (JVC) president and CEO Tiffany Stevens says she’s curious to see what the FTC will do next, noting that some companies that received letters do not seem to have changed their marketing.

Adds JVC senior counsel Sara Yood, “We’re happy to work with anyone who wants to make sure that they are following the FTC Guides.”

On May 3, the FTC put up a blog post with tips on how lab-created diamond and diamond simulant companies should disclose their stones’ origin. Among them:

– “Describing simulated or laboratory-created diamonds merely as diamonds, without more, would likely convey the false impression to consumers that they’re buying mined diamonds. Using a brand name that includes the word diamond, without qualifying your claim with a clear explanation, would present the same problem.”

– If you use terms that aren’t on the FTC’s recommended list, “exercise care to ensure that consumers understand them.” Terms the FTC recommends are: laboratory-grown, laboratory-created, [manufacturer name]-created for lab-grown diamonds, and imitation or simulated for simulants.

– “What matters is that consumers see the disclosure [of the stone’s origin], read it, and understand what it means. That’s why advertisers should make those disclosures clearly and conspicuously, and in close proximity to where the ad uses the term diamond to describe the jewelry…. Putting it at the end of a lengthy block of text or on a different webpage—for example, on an FAQ or ‘diamond education’ page–won’t suffice.”

– “Exercise care when using hashtags to disclose information that is necessary to avoid deception.… For example, a list of hashtags including both #diamonds and #labgrown might confuse consumers about whether the product contains mined diamonds.”

– Advertisers “must have a reasonable basis for any environmental benefit claims they make for their products” and “must qualify their claims adequately to avoid deception,” the post said. It refers marketers to its Green Guides for more information.

A Federal Trade Commission spokesperson said it had no further comment to make at the moment. In April, FTC attorney Robert Frisby spoke to JCK about the letters.