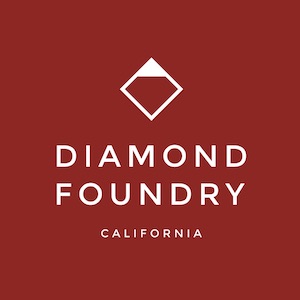 Lab-grown diamond manufacturer Diamond Foundry is planning to start a group called the American Diamond Council, which would promote lab-grown diamonds and criticize their mined counterparts.

“Diamond Foundry is partnering with other leading manufacturers to create an industry council that represents American [lab-grown] diamond manufacturers,” the company confirmed to JCK. “The American Diamond Council has a mission to advance the integrity of the modern diamond jewelry industry and to inspire, educate, and protect the consumer.”

The contact for the group is Gwyneth Borden, who joined Diamond Foundry in November as its head of public policy. She has also served as chairman of the San Francisco Municipal Transportation Agency and executive director of the Golden Gate Restaurant Association, according to her profile on LinkedIn.

The universe of American diamond producers is still rather small. Diamond Foundry has reached out to the other major U.S. diamond grower, WD Lab Grown, to join, but WD has declined, according to two sources close to the company.

WD thought the group’s plan didn’t have enough resources behind it to make an impact, and believed it could be “antagonistic” to the mined diamond industry, sources said. (Diamond Foundry has often come off that way in the past.)

“WD doesn’t see the need to create further antagonism in the space,” said one source. “That just turns off the consumer. The two categories can be sold side by side.”

One of the sources noted the group’s name was similar to the Natural Diamond Council (NDC), the diamond mining association, and added that, like the NDC, Diamond Foundry’s group is planning a content marketing platform. (The new group’s name is also close to that of the 75-year-old Diamond Council of America.)

WD has said it plans to market itself as a business-to-business brand, though going direct-to-consumer is also a possibility. As part of its new branding, WD is applying for sustainability certification from SCS Global Services, and is changing its name to Latitude Diamonds. It just put up a site with its new name.

There have been many efforts to start an overarching lab-grown diamond association, both in the United States and India. In 2019, veteran marketers Chris Casey and Michael Barlerin launched the Lab Grown Diamond Council, but it’s not clear what has become of that group, which faced opposition from growers because of its high membership fees. The group did not respond to a request for comment by the time of publication.

Perhaps the longest-lasting lab-grown group is the Morrisville, N.C.–based International Grown Diamond Association, which is run by people connected to IIa Technologies in Singapore. Secretary general Richard Garard did not return a request for comment by the time of publication.