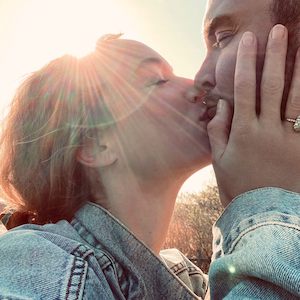 Get ready for a whole new Diamond Producers Association—which, among other things, will no longer go by that name.

The organization, first launched in 2015 by the world’s major diamond miners, has been rechristened the Natural Diamond Council and is dropping its “Real is Rare” slogan and “For Me, From Me” self-purchase campaign,

Instead, it is debuting a new identity, “Only Natural Diamonds,” and revamping its strategy to spark consumer interest in mined gems.

“In the past, we thought of ourselves as an advertiser,” says NDC chief executive officer David Kellie, who took over the group in December. “So we developed different ad campaigns. We are still going to do that and have campaigns for fourth quarter and holiday. But in addition to that, we are now going to think of ourselves as a publisher as well.”

He says the organization’s site will include a variety of content on natural diamonds, including info on fashion trends, the history of diamonds, and ethics and sustainability. Kellie, former vice president of U.S. marketing for Watches of Switzerland, hopes the regularly updated site will be to diamond fans what Hodinkee is to watch aficionados.

“It will be a platform for all that is great and good in the industry,” he says. “We have as many great stories to tell as other industries.”

He says the goal is not “to just put content on the website” but to offer material that really engages people.

The organization is also going to rethink the dicey subject of how it talks about its lab-grown competitors. While the old DPA occasionally took potshots at man-made gems, the new NDC will mostly tout on its own product, Kellie says.

“I see lab-grown as a distraction. It is still a very, very small percentage of the sale of diamonds in the world. That’s why we’re not focused on them. The opportunity is far greater for us to focus on the values of natural diamonds. Even having discussions about lab-grown is a distraction. To us, any other luxury good, anything else the consumer can spend can spend their discretionary income on, is a competitor to us and that’s what we’ve got to focus on.”

Still, can’t the slogan “Only Natural Diamonds” be considered a slam on lab-growns?

Kellie maintains that it isn’t: “It’s a reference to other luxury goods, like experiences and other things that eat our share of wallet. It’s saying that only natural diamonds give you a feeling that you don’t get from other luxury goods.”

“You ask most people that have a diamond and they’ll have a story that comes with it, whether it’s about a relationship with another person or personal achievement or a family member. That is unique. You don’t get that with any other product. Nobody looks at a handbag that way. To me, a [diamond’s appeal] is not about its physical properties, it’s about the emotional properties. That’s what we believe has made diamonds and diamond jewelry so successful, and that is what we believe will continue to make it successful in the future.”

Despite the change in strategy, and tough times for diamond miners, the group’s backers have pledged the same level of support as they have in the past, Kellie says.

“They remain committed to the budget that we had before coronavirus. We are fortunate in that they see a long-term opportunity.”

“We’re seeing good business out of China and other places where markets are opening up. So, it appears that once the consumer feels it’s safe to do so, they will come back. And now it’s about us making sure we have a message for them when they come back.”

The group also will continue to run its “Support Your Local Jeweler” campaign and Jeweler Support Network trade resource center, which it launched in response to COVID-19. He hopes it will tap into the growing concern consumers have for the small businesses that are threatened by the pandemic.

“Clearly people want to protect local businesses, whether they are restaurants or local retailers. In a crisis like this, people want to protect what’s closest to them first. Our industry is dominated by independent retailers that over a long period of time have built up a closeness with their communities. So it really is just reminding consumers about buying local and all that local businesses do.”