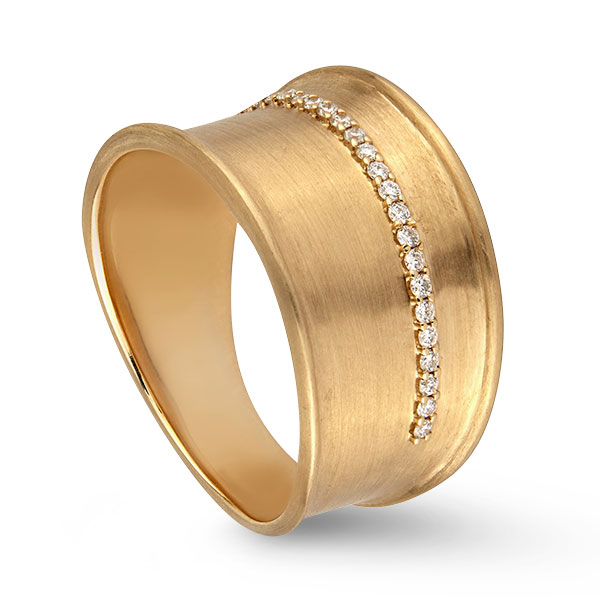 The Federal Trade Com­mission’s guides to eco-­marketing have always been clear: General benefit claims, like eco-friendly, should not be used.

Yet, for years, lab-grown diamond companies have used that claim, and many others, to show the greater “ethics” of their product. And, with concern about climate change increasing, that positioning could prove potent.

In March, the FTC put a stop to such claims. It sent warning letters to eight companies that sell lab-grown diamonds and diamond simulants, warning them not to call their products eco-friendly or sustainable.

“General environmental ­benefit claims are susceptible to all sorts of interpretations,” says FTC attorney Robert Frisby. “It is rare that a product can have an environmental benefit in all the ways that consumers might take away from a general claim.”

Instead, marketers need to spell out a product’s environmental benefits.

“If something is recyclable or has recycled content, those are specific claims,” Frisby says. “People would ­understand what you’re getting at. A general claim that a product is eco-friendly could mean many different things.”

While no environmental group has endorsed lab-grown diamonds, their eco-friendly positioning has attracted socially conscious celebrities—including Leonardo DiCaprio, Nikki Reed, and Meghan Markle (the first two have financial stakes in lab-grown businesses). Behind the scenes, some in the business fervently believe their product is better for the environment. Others shrug and call it good marketing.

The claims can get overheated at times. Classic Grown Diamonds says its “lab-made diamonds don’t harm the ­environment at all as they’re man-made.” (Plastic is also man-made.)

Even some growers disassociate themselves from this kind of rhetoric. “I say, Come on, guys,” says veteran grower Tom Chatham. “We all use energy.”

Growing a diamond is a power-­intensive exercise involving machines that typically run all day and night. De Beers’ lab-grown brand, Lightbox, is so dependent on always-on power, it’s ­located next to a power station.

JCK has received a wide range of numbers for how much energy it takes to produce a 1 ct. lab-grown diamond, from 20 kilowatt-hours (kWh)—for Gemesis’ colored diamond ­production—to 750 kWh and higher.

Saleem Ali, a professor of energy and the environment at the University of Delaware who is the only academic to have studied this question, feels more data is needed to truly assess lab-grown diamonds’ eco-impact. He notes that growers use metals in their production, which should be factored in. Industry veterans also say the low numbers don’t take into account rejects or the heat treatments many stones undergo post-growth. Plus, lab-grown diamond rings are frequently mounted in gold, ­another mined product, and use natural diamonds as side stones, even if that’s not always talked about.

Diamond miners also show a wide range of data. When artisanal workers dig up diamonds with shovels, they use little energy, even if they sometimes damage the landscape in other ways. Ali’s research found that Australia’s Argyle mine uses 7 kWh per carat, Diavik in Canada uses 66 kWh, and De Beers’ operations use 80.3 kWh.

Last year, the Diamond Producers Association (DPA), which represents most of the world’s major miners, hired Trucost, an S&P Global company, to audit its members. Trucost calculated that carbon emissions associated with 1 polished carat are six times less than those of a passenger on a one-way flight from Los Angeles to New York.

While the mining numbers generally compare favorably with those for lab-growns, Ali finds some of them suspect. “A lot of these diamond mines have boutique projects. They will have a windmill, and it does nice stuff. But what about the diesel trucks and the airplanes flying to Yellowknife [where Diavik is headquartered]?”

Some also think kWh-per-carat may not be the best way to measure this, which points to the fact that not all carats are alike. To get a whiter stone, growers need more time and energy. With miners, finding a better-quality rock doesn’t require more output.

Mining also involves digging up land, which can affect nearby lakes and wildlife. While the footprint of diamond excavation is considered less than that of gold, there have been instances of pollution and contamination of nearby lakes. Producers say that impact can be mitigated and eventually remediated. The DPA argues that mining companies compensate for their eco-footprint by sponsoring bio-habitat programs.

Regardless, Ali concludes, on the ­environmental side, “there is no question synthetic diamonds will be less ­impactful than mined diamonds.

“But on the social side, the situation is more complex,” he adds. “If managed well, mined diamonds can lead to more employment opportunities. If not managed well, they can lead to human rights abuses. But synthetics aren’t going to create a lot of jobs.”

The diamond industry employs some 10 million people in some of the poorest areas of the world, notes Dorothée Gizenga, executive director of the Diamond Development Initiative. “Artisanal diamond mining is the livelihood of millions of people,” she says. “They have an average of 10 dependents, including children.”

Ali says he’s “willing to sacrifice some environmental impact to improve livelihoods.” There are exceptions, like tiger poaching. But “we need to figure out how human development needs can balance with environmental needs.”

When told his stance seems unusual for an environmental studies professor, Ali is thoughtful. “We cannot solve environmental problems without looking at the human dimension,” he says.

He has noted that before Botswana became a major diamond producer, its main industry was cattle ranching, which was less lucrative and also bad for the environment.

In the end, it’s hard to say what kind of diamond production is always more eco-friendly or ethical than any other. Both growing and mining have shown a broad spectrum of effects.

Which brings us back to ­eco-friendly. Most lab-grown diamond websites have eco-impact pages. But they rarely ­detail the impact of their diamonds; they mostly chronicle the downside of mining. Even if one grants that lab-grown diamonds are, as a category, eco-friendlier than mined, some are produced with large amounts of nonrenewable energy. It’s hard to call them eco-friendly in any sense, never mind under the FTC’s expansive definitions.

To really make an informed buying decision, a consumer must know the precise impact of each product. So far, neither the mined nor lab-grown sector provides that. Plus, if one judges solely on eco-impact, the best option may be neither mined nor lab-grown diamonds, but repurposed gems.

“The really sustainable thing is to recycle diamonds from old jewelry,” says Estelle Levin-Nally, the ­founder of Levin Sources, a consulting firm ­focused on responsible mining. “That’s the future in a world where energy is too precious to be used on luxury items.”

In other words, buying lab-grown ­diamonds might save you money. But it won’t save the world.