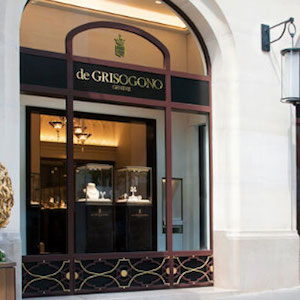 This week, reports alleged that jewelry brand de Grisogono was funded by money siphoned from the Angolan government through a series of shell companies connected to Isabel dos Santos, daughter of Angola’s former president, and her husband, Sindika Dokolo.

(The company declined comment to my colleague Emili Vesilind. Dos Santos, whose assets have been frozen by the Angolan government, has denied wrongdoing.)

These charges have swirled around de Grisogono for years. Three years ago, when I asked the Swiss jeweler about its ownership, its spokesperson told me it was “a privately held company and is not legally obliged to declare shareholder details.”

As an industry, we have always focused on determining where certain materials or products come from. That remains a huge challenge.

But while not every company can tell you the precise origin of its gold, it should be able to tell you who owns it. Some won’t.

In this new world of KYC—know your customer, or counterparty—that may no longer be acceptable.

Under the Patriot Act anti–money laundering rules, dealers in precious metals and jewels must collect information on their vendors and customers, including their ownership.

But it’s possible jewelers may soon be required to go further.

“The government is moving in the direction of wanting more transparency,” Stevens says.

Remember, a small number of diamond and jewelry companies have been sanctioned by the U.S. Department of the Treasury’s Office of Foreign Assets Control. While it’s unlikely that any U.S. companies are dealing directly with those entities, even dealing with them indirectly, or inadvertently, can subject certain assets to seizure.

Or take BBB Group, the owner of Bailey Banks & Biddle, which filed for Chapter 11 last November. For years, we were told it was owned by a private equity fund named Twin Field. And for years, I looked for info on that fund and couldn’t find it.

In his report for the Firestar Diamond bankruptcy, court-appointed examiner John J. Carney traced Twin Field to Link High International, an entity founded in the British Virgin Islands in 2010. Indian authorities have since tied Link High to Nirav Modi and his family.

A lot of prominent companies sold to BBB. How many knew it was connected to a BVI company? Did they try to find out?

Being based in the BVI, or another offshore location, does not necessarily mean that something is amiss. But some do think that it calls for enhanced due diligence.

When companies in the industry get caught in a scandal, their vendors and customers will often say they didn’t know. That might be true. But you won’t know if you don’t ask.

A few months ago, I was pitched an interview with a new e-tailer that claimed it was bringing transparency to the business. I asked who owned it. The PR person said it couldn’t say. I decided that was not a good sign for a “transparent” company and declined the interview.

It’s a new year, so here’s a good resolution: Ask your vendors and/or customers what entities own their companies, where they are based, and who their major shareholders are. Request details and backup. Businesses often gripe about burdens being placed on them, but this should be easy. Most companies will tell you.

“It’s in your best interest to know who you are dealing with,” says Stevens, “because if you are not dealing with the right people, you can get ensnared in things.”

And what if you get vague or incomplete answers, or a company says it is not “obliged” to supply that info? Then, Stevens says, you should feel obliged to go somewhere else.