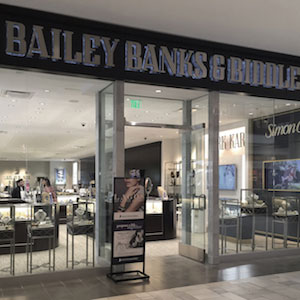 On Nov. 6, BBB Group, the parent company of Bailey Banks & Biddle—one of the industry’s oldest and most revered names—filed for Chapter 11 in U.S. bankruptcy court in the Southern District of Texas.

At press time, the company has filed only a bankruptcy petition, which estimates assets and liabilities as less than $50,000.

Bailey Banks & Biddle began 2019 with five stores. However, by the summer, it had closed four of those stores.

In September, it reached a legal settlement with the Spring Branch Independent School District and City of Houston, which alleged that BBB owed them more than $200,000 in back taxes.

On Oct. 18, the two plaintiffs filed a joint statement in Harris County district court charging that, after making an initial $17,500 payment, BBB had breached the settlement.

BBB is also being sued by at least five jewelry vendors, including Richemont and Swatch Group, all claiming they are owed money. BBB Group has filed a general denial to Swatch’s claim.

According to the Hagley Museum and Library, the retailer was founded in 1832 as Bailey and Kitchen Jewelry Co. in Philadelphia and changed its name to Bailey Banks & Biddle in 1878.

That same year, Synergies Corp. bought the brand’s intellectual property at a bankruptcy auction. John J. Carney, the court-appointed examiner for Firestar Diamond, has since linked Synergies to Indian diamond magnate Nirav Modi. Modi was arrested earlier this year after being charged with bank fraud by Indian authorities. He denies the charges.

Bailey Banks & Biddle reopened in 2010. At one point, the resurrected chain numbered nine stores, even as it weathered a series of management changes. It was first run by former Zale executive Paul Leonard and then by Smyth Jewelers. At one point, it was managed by executives from nearby Samuels Jewelers, the now-defunct chain owned by Modi’s uncle, Mehul Choksi.

Early in its history, it achieved renown for producing awards and medals, including the Congressional Medal of Honor, the first 40,000 Purple Hearts, the Bronze Star, and the Silver Star. Past customers include President Dwight D. Eisenhower and first lady Edith Wilson.

It even has a present-day presidential connection. In 2004, Donald Trump Jr. proposed to his now-ex-wife Victoria with a $100,000 Bailey Banks ring.

The then-26-year-old scion “wrangled [the ring] for free” in exchange for publicity, according to the New York Post, noting that Trump Jr. had invited the media to record him proposing in front of the Bailey store at the Short Hills mall in Millburn, New Jersey.

After the Post dubbed the stunt “one of the cheesiest proposals on record,” his father joined in the criticism.

“I guess, he’s trying to learn from me, Larry,” he added. “But you know, from a business standpoint, I guess it’s sort of cute, but I didn’t like it. I certainly don’t like it with respect to a wedding ring.”