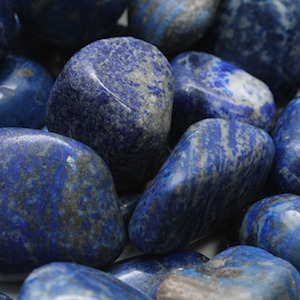 Last week, after my article on the State Department’s responsible sourcing conference, I received an email from a gem cutter:

I have been reading your articles regarding gem sourcing.

Some people are telling me that down the road, a gem cutter like me will need to get a document for every little piece of imported gem material (99% is imported) that I buy, and then pass on the document with everything that I sell.

And it will also need to be entered into a blockchain database.

That would pretty much shut down the use of imported materials.

Blockchain may work okay for $5,000 diamonds, but it would not be practical for every $5 piece of lapis or $30 piece of amethyst.

Later, when I spoke to him, he said, “A lot of people talking about this don’t realize the impracticality of what they are asking for.”

He noted that, when he buys parcels of lapis at the Tucson Gem Show, they never come with origin certificates. And even if he does ask, no one is going to admit they buy from the Taliban and other forbidden sources.

This is something you hear a lot from people in the industry—even those who would otherwise be open to responsible sourcing. One person told me that while he trusts his gold refiner, and he believes he takes precautions, even the refiner can’t be sure where the gold is coming from. This person sells lab-grown diamonds, and he pointed out that you don’t ever know where they came from either.

These are valid issues—particularly in the colored gemstone sector, perhaps the most freewheeling sector of the trade, which is dominated by small players on both the mining and dealing ends. There aren’t any easy answers.

I’ve talked in the past about the why of responsible sourcing. At this point, suffice it to say, a lot of people want the industry to better understand their supply chain, most notably the U.S. State Department. It’s hard to turn down the U.S. government.

Because I frequently hear these kinds of questions, I thought I would pass on this email to people who work on responsible sourcing in the jewelry industry, to get their thoughts and begin a dialogue. Most said they have long heard these comments.

Below are some of the responses I received.

[W]e agree with this person’s concerns! Small and medium enterprises need a real path forward on sustainability, responsible sourcing, and origin claims. This is a focus for us….

However, before future tripping on what type of regulations might come to bear in the future and how scary they might be, let’s be sure that all players are protected against very real and current potential vulnerabilities.

Having an anti-money-laundering (AML) program in and testing it every year will answer a lot of the actual relevant concerns around sourcing and who you are doing business with.

[Editor’s note: Under the Patriot Act, any diamond and gem wholesaler who buys more than $50,000 in product a year is required to have an anti-money-laundering program. See more info here.]

While the concerns of smaller players are paramount, everyone who wants to have a future in the industry needs to be aligned with the mindset of transparency and innovation. We just have to know who we are selling to and buying from.

I am active in the “responsible sourcing” arena, and there is no initiative about which I am aware (either already established or in the planning stage) that would require a document for every little piece of gem material. No one is discussing such a plan.

The entities active in this field are very aware of the complexities [of the supply chains], but do not view them as blockages. The diamond and gold supply chains are both complex, and the supply chain controls required by the Kimberley Process and by Dodd-Frank have been implemented in a manner that does not obstruct trade.

I’d wager that there is paperwork on [the lapis on the Tucson show]. If not, that dealer is out of compliance with international trade and U.S. law, and maybe you should not be buying from him or her.… If a dealer buys from forbidden sources, he does so a great risk, including to his personal liberty. A responsible colored gemstone dealer will be comfortable with his or her supplier, that the supplier is acting in a responsible manner, that the supplier is complying with necessary laws, including the requirements of the USA Patriot Act that requires an anti-money- laundering program.

This person’s concerns are justified, but we still have to move in this direction, period. He is correct, there are many things that could not be completely traced. We do not have to completely trace everything. We just have to do our part. There are simple, easy steps to do this.

First, write out what you believe and how you run your company. This is sort of a vision statement. Publish it on the web.

Write how, and to what level, you are going to implement your beliefs. For instance, you can ask the people you purchase from if they know the origin and or method of production. Then, note what they say, even if it is, “I have no idea.”

It illustrates you have done something. You already ask them if the gem (or rough) is real and if it is treated. It is just one more question.

Hand them a piece of paper that has your vision statement on it and say, “This is what I am trying to do, and I ask for your support in doing it.” The supplier may say, “We have no way of doing this.” You can respond, “Well, let’s try.”

It is no different than going to a rough dealer and saying, “I need tourmaline rough.” If he doesn’t have any, he will try and find it. It’s the same when asking for information. If you want it, they will try and have it for you. It only doesn’t happen when you don’t even ask.

Have an inventory number on what you produce that refers back to the gems or rough you purchased, attached to the information on them. It may not be complete, but at least you can say, “I purchased this from Tucson at the AGTA show.” This means at least the company you purchased from has a busIness license. This alone is a great start.

If you are uncomfortable with a certain offering—i.e., it is too cheap, it is purchased on a street corner in Tucson, the guy doesn’t even have a name to give you—then don’t buy it. You would not make this purchase normally without checking to see if there are synthetics mixed in, if the material is treated, or the material is even what this street-corner vendor says it is. Asking for information to make you comfortable with a purchase, and how the material came to be in this person’s hands, is no different.

Tell your customers what you know. We have five levels of our Fair Trade protocols. Level one is: “I know the entire supply chain and we are even involved in the mining and do all the cutting and distribution.” Level five is “I purchased from a legitimate dealer, but I really know nothing more about the stone except it is real.” We do not purchase level five stones any longer.

So: Write out what you believe in and how you are going to implement it. Tell your suppliers and ask them to support you. Document what you know even if it is almost nothing, and be ready to tell your customer or the government what you have documented. That is it.

I also spoke to Stanley Mathuram, vice president of global business and sales for SCS Global Services, which is working on a program to trace and monitor lab-grown diamonds. He pointed out that many industries, which also have convoluted supply chains, have found ways to deal with these issues. Programs now trace shrimp, lumber, and palm oil. Those systems don’t currently exist for jewelry, at least not industry-wide, though big retailers like Signet and Tiffany are able to trace much of their materials. But he believes they can be done in a cost-effective way.

For now, here are the main suggestions:

First, set up an AML program, if you haven’t already. Most U.S. jewelry wholesalers are legally required to. And yes, the government sometimes checks. Sometimes regularly.

An AML program will give you a sense of what kind of due diligence is required in purchasing jewelry items. It is designed to be user friendly. Again, info on that is here.

Second, ask questions of your suppliers. They may have more information than you realize. Make it a practice to avoid dealing—even indirectly—with the lawbreakers and marginal characters in our industry. It’s no secret who some of these people are. In the end, they hurt everyone.

Third, keep records of the answers you receive, even if they are nonanswers.

Finally, commit to learning more. There are plenty of groups that work on these issues, including the Jewelers Vigilance Committee, the Responsible Jewellery Council, Ethical Metalsmiths, and the Jewelry Industry Summit. These groups have people who can assist you.

In addition, Levin Sources has just started a service that will help small jewelers develop a responsible-sourcing program.

The cutter’s fears are understandable. No one likes extra paperwork. It seems like a pain, for perhaps not much societal gain.

Still, some things—like Patriot Act compliance—are the law, and there’s no getting around them. Retail jewelers are also sometimes required to report “off the street” purchases to law enforcement to insure they’re not inadvertently buying stolen goods. They may not be thrilled about doing that. But they would want that safeguard there if their jewelry was stolen.

Whatever the current government will eventually do—or is threatening to do—at the moment, the industry is being asked only to take mostly modest steps. Some companies have been doing them for years. Officials just seem frustrated that not everyone is.

And while these procedures may be a nuisance, they are not that big a nuisance. They don’t require enormous amounts of paperwork, tracking each gem, or entering each item on blockchain. They are not likely to put anyone out of business.

I’ll reach out to the cutter to get his reaction—and I also welcome other comments on this issue.

Top: A parcel of lapis (image via: Wikipedia)