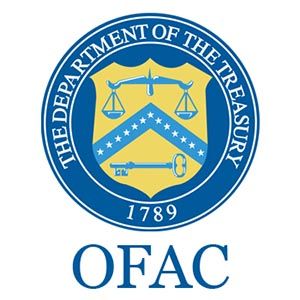 On Dec. 20, an executive order from President Donald Trump placed Israeli diamond billionaire Dan Gertler on the Office of Foreign Assets Control (OFAC) sanctioned individuals list, because of his business ties with the controversial president of the Democratic Republic of Congo, Joseph Kabila.

Being branded an OFAC  “specially designated national” means that U.S. citizens are prohibited from engaging in transactions with Gertler or his related companies—and that all his property and interests in the U.S. are blocked.

Gertler was added to the list under the Global Magnitsky Human Rights Accountability Act. Passed in 2016, the act authorizes the president to sanction individuals guilty of corruption or responsible for human rights abuses against whistleblowers.

A U.S. Treasury statement charged that Gertler “used his close friendship with DRC President Joseph Kabila to act as a middleman for mining asset sales in the DRC, requiring some multinational companies to go through Gertler to do business with the Congolese state.  As a result, between 2010 and 2012 alone, the DRC reportedly lost over $1.36 billion in revenues from the underpricing of mining assets that were sold to offshore companies linked to Gertler.”

It also said that Gertler “has acted for or on behalf of Kabila, helping Kabila organize offshore leasing companies.”

The grandson of Israeli diamond legend Moshe Schnitzer, Gertler became one of the most prominent people in the industry due to his diamond dealing in the Congo, eventually expanding into mining other minerals. But lately his dealings have drawn fire from international watchdogs, especially after his companies made several appearances in the Panama Papers and Paradise Papers.

In response to the latter, his lawyers told the International Consortium of Investigative Journalists that Gertler is “a respectable businessman who contributes the vast majority of his wealth and time to the needy and to different communities amounting to huge sums of money.”