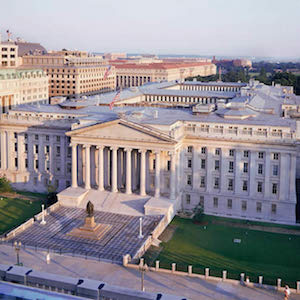 Al-Hebo Jewelry Co., which has locations in Turkey and Syria, has been slapped with sanctions by the U.S. Department of the Treasury’s Office of Foreign Assets Control (OFAC) for allegedly providing support to the terrorist group ISIS.

Tiffany Stevens, president and chief executive officer of the Jewelers Vigilance Committee, says she was surprised to see the Treasury Department single out a jewelry company—even one that is based overseas and is hard to track down (it has no presence on Google).

“To have a jewelry company on the list is certainly more intense than having actual individuals that are linked to the industry,” she says.

She notes that, in the wake of “tainted gold” exposés in The New York Times and elsewhere, her group is working on further guidance for the gold supply chain, especially regarding proper due diligence for refiners and smelters.

“Most retailers are used to worrying about transparency around the supply chain for diamonds and gemstones,” she says. “But it’s worth having these conversations about gold, too.

“A lot of people say, ‘Well, of course, I have good intentions, I would never want to get involved in these things.’ But it’s worth looking at how people can avoid doing business with these companies, even unwittingly.”

The U.S. Treasury statement charged that “Al-Hebo has materially assisted, sponsored, or provided financial, material, or technological support for, or goods or services to, ISIS. As of late 2017, al-Hebo’s location in Gaziantep, Turkey was involved in an ISIS scheme to convert gold into cash to more efficiently and secretly send funds via hawalas in Turkey to ISIS sleeper cells in Iraq and Syria.”

It further alleged that al-Hebo’s location in Raqqa, Syria, was a cash transfer business used by ISIS members.

OFAC also sanctioned Muhamad Ali al-Hebo, who was described as the general manager of the al-Hebo Raqqa location. He also managed its location in Sanliurfa, Turkey.

The statement charged that Muhamad al-Hebo helped ISIS procure metals to produce its own coinage. He is also said to own jewelry stores and money exchange and transfer businesses in Istanbul, Sanliurfa, and Gaziantep, Turkey, under the name al-Khalidi.

Entities on OFAC’s Specially Designated Nations list cannot own property in the United States. Any current property must be blocked and be reported to OFAC. In addition, U.S. citizens as well as people within the United States are prohibited from dealing with the sanctioned entities. Any person or entity that deals with them directly could find themselves subject to sanctions or law enforcement action.

In 2017 and again in 2018, OFAC slapped sanctions on more than 30 entities linked to Israeli diamond billionaire Dan Gertler. The agency alleged that Gertler engaged in corrupt business deals in the Democratic Republic of Congo.

A complete list of the newly sanctioned individuals and entities can be seen here.

(Image courtesy of the U.S. Department of the Treasury)