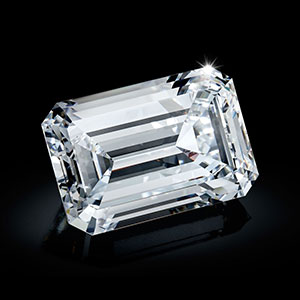 Swiss jewelry and watch brand De Grisogono plans to cut 41 jobs as it copes with lower-than-expected sales, according to reports in Reuters and the Swiss newspaper, Le Matin.

The high-end brand will cut 31 jobs in Switzerland, nearly a third of its 104-person staff, and trim another 10 jobs worldwide, the reports said.

“Despite considerable investment, fine jewelry sales have not reached the expected levels, partly because of the difficult conditions in some key markets,” said a company statement.

It now hopes to reposition its inventory toward more affordable jewelry, the statement said.

Founded by designer Fawaz Gruosi in 1993, De Grisogono has received criticism for its ties to the Dos Santos clan, the former ruling family of Angola. According to Bloomberg, the brand is majority owned by Sindika Dokolo, the son-in-law of former Angolan President Jose Eduardo dos Santos, who is married to his eldest daughter, Isabel.

In December, Angola’s state-owned diamond company, Sodiam, said it was pulling out of its long-time investment in De Grisogono for “reasons of public interest and legality,” according to another report in Bloomberg.

De Grisogono also made headlines in November of last year when it sold a 163 ct. D-Flawless diamond—the largest D Flawless ever sold at auction—at Christie’s, amid social media controversy about the brand’s Angolan ownership. The stone, fit into a piece dubbed “The Art of De Grisogono,” eventually fetched $33.7 million at its Geneva auction—a price some termed a disappointment given the prices received by comparable gems. The stone was cut from a 404 ct. rough that was originally found in Angola.

A De Grisogono spokesperson has previously declined to talk about the company’s ownership, noting it is “a privately held company and is not legally obliged to declare shareholder details.…De Grisogono[‘s] procurement process is auditable and totally ethical.”

(Top image of “The Art of De Grisogono” diamond; courtesy of Christie’s)