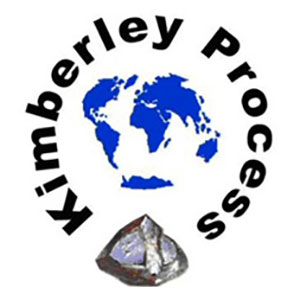 Earlier this month, World Diamond Council president Stephane Fischler wrote that the upcoming Kimberley Process (KP) Plenary in New Dehli, India, could represent a “watershed moment” for the certification scheme, as it will get one more chance to revise its definition of conflict diamonds to include human rights violations.

The KP’s civil society coalition similarly warned that the meeting, which it called “the last meeting of a three-year reform cycle,” gives the KP “a final shot at addressing violence and human rights abuses in communities affected by diamond mining and trading.”

But Brad Brooks-Rubin, a policy adviser for the NGO Enough Project, and the former State Department special adviser on conflict diamonds, tells JCK that the real make-or-break moment may surround Russia’s proposed lifting of the ban on diamonds from the Central African Republic (CAR).

Right now, the CAR is the only country considered a source of conflict diamonds. The ban doesn’t cover the whole country; there are “green zones” where exports are allowed.

“The current bans are unfair to poor people who can only earn money by (diamond mining),” he said, adding that Russia believes diamonds from banned “red zones” still find their way onto the market, undermining the embargo.

Brooks-Rubin argues, if this were to happen, the KP would be admitting defeat.

“The Kimberley Process has one job, and that’s to stop conflict diamonds,” he says. “There are parts of CAR where there is no hope of there not being conflict diamonds for the next 10 years. If they are saying the ban should be lifted entirely, that’s admitting failure to stop those diamonds. That’s a sign the KP has ceased to serve a function. It should just close up the next day and go home.”

Like many, he suspects Russia has its own agenda here. As articles have documented, the country has expanded its influence in Africa. Its work with Zimbabwe’s diamond business can also be seen in that light.

Russia will take over as KP chair next year, so its words have weight. But given the group’s traditionally clotted decision making, it’s unclear if the Russian proposal will pass—just like it’s not all that likely that “human rights language” will pass.

Whatever happens with these proposals, odds are “all eyes” won’t be on the KP. Once, it attracted fervent debate—and support—from the diamond trade. Now, it’s just kind of there.

Let’s go back to when the Kimberley Process was first forged, in the summer of 2000. Back then responsibility for enforcing the scheme was given to governments, since the NGOs didn’t trust industry.

The proposed scheme was hugely ambitious in its scope. It was meant to track every rough diamond in the world and required dozens of countries to pass legislation allowing international regulation of their businesses. Given that three diamond-driven wars were raging at the time, and no one really opposed the idea, advocates hoped it would get enacted in a matter of months. Instead, it took three years.

It may have taken even longer if not for the attacks of Sept. 11, 2001. When articles started appearing linking diamonds to terrorist financing, the Bush administration made diamond tracking a higher priority.

Once the KP launched, some hoped that it would be a model for similar schemes. It wasn’t. A plan that takes three years to put together is not one people are eager to replicate. In addition, the KP’s structure requires absolute consensus among participating governments, which now number 88. That is a virtual recipe for gridlock. “Just one person can say, ‘I have to check back with my government,’ and then [the proposal] doesn’t pass,” noted former World Diamond Council chair Eli Izhakoff.

Ironically, industry groups have become now more supportive of NGO goals than the public sector. Many African countries feel that, if the KP cracks downs on human rights violations, that would constitute a violation of their sovereignty. In addition, given the world’s a bit of a mess right now, many Western governments feel they have bigger fish to fry.

“There’s just not a lot of resources committed to the KP anymore,” complains Brooks-Rubin.

Brooks-Rubin, a once-devout KP supporter, has recently been arguing that its model is outdated.

“The model of the KP is to exclude certain goods of the supply chain. Today, it’s more about engaging with hard areas and bringing them in line.”

He says the new corporate social responsibility model is for every company to conduct its own due diligence, according to Know Your Customer (KYC) protocols and Organisation for Economic Co-operation and Development (OECD) guidelines. The new WDC system of warranties aims to lead dealers in that direction.

That could be tough for the diamond business. It puts a lot of responsibility in the hands of a lot of companies, not all of whom can handle it. The industry has also traditionally acted collectively—possibly a leftover from its cartel days.

Others feel that it’s good that the diamond business has a baseline, even if it’s a flawed one—not every business does. One person who works in lab-grown diamonds told me: “When I do mined stones, there’s all the KP certificates, RJC audits. With lab-grown, there’s none of that.” And, of course, there are issues with other jewelry materials, including gold and certain colored stones.

Yet, in the end, the KP remains that—a baseline. The industry has traditionally viewed it as its way to neutralize bad publicity over blood diamonds, its “get out of the jail free” card. And while it gives jewelers an easy over-the-counter rejoinder to concerned customers, it has also sparked as much bad publicity as good. While the industry has no official say in the governance of the KP, over the years, its failures have become the trade’s failures.

As we’ve said, people don’t buy from industries, they buy from companies. We need to stop talking about the ethics of the “diamond business” and more about the ethics of individual businesses. And that doesn’t mean putting competitors down, but raising our own standards up.

The Diamond Empowerment Fund has a slogan, “Diamonds do good.” Which is true—many diamonds do good. Unfortunately, that’s not true of all natural diamonds.

The responsibility of sorting the good from the bad has traditionally fallen on the Kimberley Process. But as the KP fails and sputters and grows long in the tooth, that responsibility is increasingly falling on the rest of us.

(Image courtesy of the Kimberley Process)