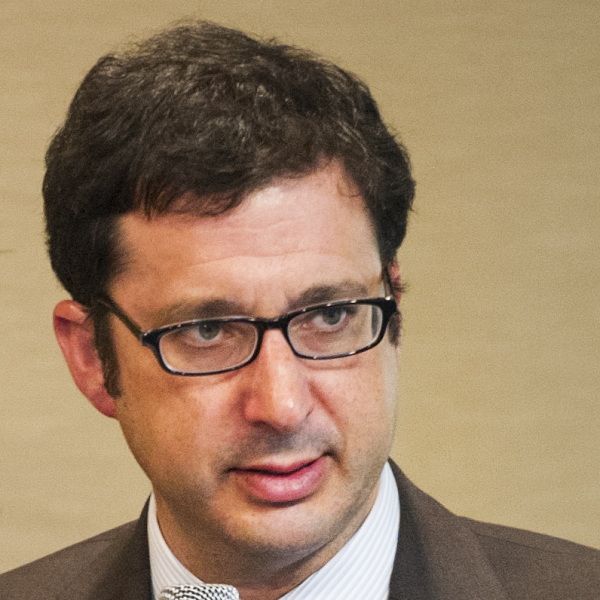 Last week, Martin Rapaport, at the International Diamond Conference—Mines to Market, held in Mumbai, India, called the Kimberley Process a word that we don’t use in a family publication like JCK (but you can guess). Vinod Kuriyan wrote a reaction here, which I recommend. Below, Brad Brooks-Rubin of the Enough Project writes in with another, very different take. Brooks-Rubin has also worked as State Department special advisor on conflict diamonds as well as director of global development and beneficiation at the GIA:

Having represented the United States in the Kimberley Process (KP) Certification Scheme for more than four years, and been connected to it in different ways since leaving the U.S. government, I have seen many sides of the KP and those who work within it. The representatives from government, industry, and civil society are mostly working for positive ends and seeking to do good. That is not b.s.

The problem is the initiative is simply out-of-date and no longer represents how the world responds to supply chain concerns. Moreover, it cannot and does not achieve its principal purpose (stopping conflict diamonds). So, either it is overhauled in a massive way to reflect the times—i.e., to eliminate the universal certification system—or it will continue to face criticism like Rapaport’s. And eventually, it will simply fail. It is better that the KP evolve than completely collapse.

In 2000, when it was announced, the Kimberley Process was a bold and daring solution. But, like any innovation, it has been overtaken by learning and experience. United Nations member states have agreed to the U.N. Guiding Principles on Business and Human Rights, which hinges on concepts of due diligence addressing salient risks. There are myriad examples of other initiatives that enable responsible sourcing in a transparent, robust, and dynamic way that can adapt to specific challenges and mitigate the worst risks.

Universal cross-border certification of a product is not a concept that is currently used in other sectors. Why not? Two key reasons: (i) It does not work, and (ii) It is very costly. The certification model—combined with a structure that does not allow for real data analysis of the trade, integration with the whole of industry, or meaningful enforcement—simply has failed to ensure that diamonds from conflict locations or other prohibited sources, from the Ivory Coast to Venezuela, remain out of the supply chain.

Today, companies and governments spend tens of millions of dollars per year implementing the KP through personnel and systems. This gives the appearance of a system that can ensure that diamonds are conflict-free, but the data says otherwise.

The overwhelming majority of the tens of thousands of the KP certificates issued every year are between countries that do not face threats of diamond-fueled conflict. There may be other supply chain concerns in these countries, but the KP does not deal directly with those issues, and they do not impact whether certificates can be issued.

So why stick with it?

Partially because the KP is a victim of initial success, and partially because of two other elements. To join the KP, governments must adopt laws and create structures. Once they’re created, governments are loathe to dismantle them, and getting them all to agree at once to do so would be difficult.

The other is the motivation behind the trade’s knee-jerk response to Rapaport’s comments: Industry wants the ability to assure consumers that diamonds are conflict-free. It believes it needs the KP to respond to consumers who ask questions about sourcing, and in many cases, it does have a good story to tell. (But not always.)

Today, supply chain due diligence focuses more on honesty than on certainty. The goal is to have companies focus their efforts and processes toward responsible sourcing, which they report on in a transparent manner, and receive guidance and engagement from government and civil society as they do.

The KP’s stakeholders need to return to the table and assess what the appropriate response is in 2017 (as opposed to 2000 to 2002) to the concerns of the diamond supply chain and adapt the system accordingly. That means eliminating universal certification and enabling efforts focused on due diligence and development.

It will save governments and the industry money, reassure civil society and consumers, align the diamond industry with other sectors, and impact the supply chain more effectively—whether related to forced and child labor, sustainable development, or environmental concerns—by allowing the KP to focus intensely on solving problems together where they are actually occurring, rather than maintaining a system that is largely irrelevant to today’s concerns.

It is time for the international community and the diamond industry to put the process into the Kimberley Process and enable the initiative to move into a new chapter. Or it will really become “bull—.”