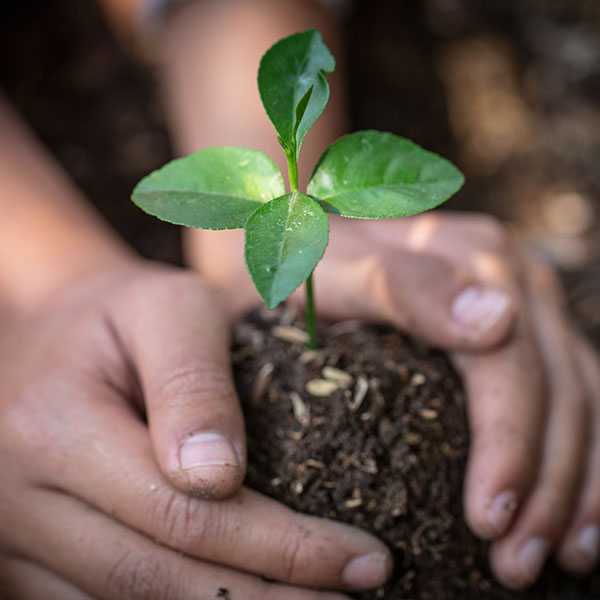 A few months back, when I looked into the eco-impact of lab-grown diamonds, I considered discussing Frost & Sullivan’s 2014 “Environmental Impact Assessment,” which measured the eco-friendliness of man-made versus natural diamonds. But it didn’t seem worth going into. It is an old report. (It can still be downloaded here.) (UPDATE: Following publication of this article, Frost & Sullivan removed the report from its site.)

Then I noticed that references to this report keep popping up, especially now that lab-grown companies face increased pressure to prove their eco-claims. In the last two months, the report was quoted in Gizmodo and Yahoo Lifestyle. MiaDonna’s annual Impact Reports are based on it. Clean Origin’s environmental impact page quotes it repeatedly.

Whatever its original merits, I don’t believe this five-year-old report should continue to be used. Here’s why:

– It was written in a very different time.

The report, which is not attributed to any specific analyst or author, came out in November 2014. Some of the data cited is from 2012—seven years ago.

To put that into perspective: This report was released before the premier of Diamond Foundry, before Lightbox, before Chinese producers started growing diamonds using high-pressure, high-temperature (HPHT). Even though some call the report an industry-wide overview, it features data from only one producer, IIa Technologies in Singapore. IIa grows diamonds with the chemical vapor deposition (CVD) method, so the report has no info on the impact of HPHT—often used to create lab-grown side stones—or any other producer besides IIa.

– There appears to be an International Grown Diamond Association (IGDA) connection.

Some have called the report “independent.” But neither the report, nor the accompanying press release, makes that claim. The release describes Frost & Sullivan as a “growth partnership company that works in collaboration with clients.”

In February 2015, three months after the report was released, journalist Chaim Even-Zohar reported that Frost & Sullivan was listed as a consultant for the International Grown Diamond Association on a prototype website.

The consultancy isn’t mentioned in the report, and when the IGDA site did finally go live one year later, that paragraph wasn’t there.

When the report came out, I asked to interview the analysts, but was unable to. However, one Frost & Sullivan analyst did appear on a panel in September 2014 in Singapore, along with IIa Technologies chief executive officer Vishal Mehta, who is also the president of IGDA, and Dick Garard, who serves as IGDA’s secretary and is CEO of Microwave Enterprises, one of IIa’s partners.

Garard told me he “doesn’t think” Frost & Sullivan acted as IGDA consultants but is “not sure.” Melissa Tan, senior corporate communications manager for Frost & Sullivan’s Asia-Pacific region, says, “Unfortunately, this is an old report and the consultants working on this have left Frost so we are unable to comment.” A Frost & Sullivan analyst I spoke with told me the report “was done by junior analyst, for the association.”

The report says that lab diamonds can be grown “with any form of energy up to 100% renewable energy.” Which is true, yet the key word is can. Even today, many—likely most—lab-grown diamonds are not produced with renewable energy.

The analyst used data from IIa in Singapore. According to the Singapore government:

As a small, resource-constrained country, Singapore imports almost all its energy needs, and has limited renewable energy options.

The report doesn’t mention whether IIa uses renewable energy, and it’s unclear if the 100% renewable energy number is factored into the report’s estimation that diamond mining releases 1.5 billion more emissions than growing diamonds.

If that seems extraordinary, even incredible, it turns out your suspicions are probably well-founded.

Now the indications are that lab-grown diamonds (on average) might be just as bad, if not worse than mine-origin product in terms of CO2 emissions per carat.

The report concludes that “mined diamonds represent more than 7 times the level of impact as compared to grown diamonds,” though I am not sure how 1.5 billion more emissions translates to seven times more impact.

In May, Trucost released a report it conducted for the Diamond Producers Association that claimed that lab-grown diamonds have three times the carbon footprint than natural stones. While it’s good to have data on the impact of diamonds—in fact, I’d like to see more—I’m not sure if either report has much relevance to buyers who want to do the right thing.

As Harvey-Walker puts it: “No one buys from an industry.… [A]n industry average doesn’t tell you anything about an individual supplier or their product. It’s where your specific supplier sits on the bell curve of performance that really matters.”

The Lab Grown Diamond Council’s plan for a “sustainably grown” certificate, which would be audited and measure the impact of specific productions, makes much more sense. Diamond miners should look at a similar certification.

Finally, companies should not use this report in their marketing because…

The report’s back page reads:

[Y]ou must not place any reliance on any information provided by this document for research, analysis, marketing or any other purposes.

– While the discussion of diamond mining’s eco-impact has, to date, been way too marketing-oriented and self-serving, it’s a good thing that the issue is being raised. It’s a valid and important topic and one that hasn’t been addressed as much as it should. Producers of all kinds of diamonds need to pay more attention to their eco-footprint.

– One thing I hear from folks in the sustainability world is that it’s about “continuous improvement.” It’s a journey, not a destination. It’s not something that you just achieve, then use as a marketing hook. It requires transparency to consumers—about where materials come from, who produces them, what their impact is, any sourcing protocols, as well as ways you fall short and how you’re trying to do better. It’s about always improving your business, mitigating your impact, and raising your standards, because we can all do better, always.

That’s why, even if you disagree with me on this, I urge anyone in the jewelry business that is genuinely concerned about the environment, helping poor mining communities, and raising standards—and at this point, everyone should be—to inquire about, get involved with, or make a contribution to one or more of the following initiatives or groups: the Jewelry Industry Summit, Ethical Metalsmiths, the Diamond Development Initiative, the Responsible Jewellery Council, the Jewelers Vigilance Committee, FairMined, Fairtrade Gold, the Mercury Free Mining Challenge, Gem Legacy, and the Diamond Empowerment Fund. Those groups all have divergent missions—and sometimes worldviews—but there should be at least one group in the list above that works for any person who wants to make a difference. That list is in no particular order, and I’m sure there are worthy groups I’ve left out. Feel free to plug them in the comments.

There’s a lot of things we can do to improve this industry, as well as specific businesses. Fortunately, now there are more resources and ways to do it and little reason not to.