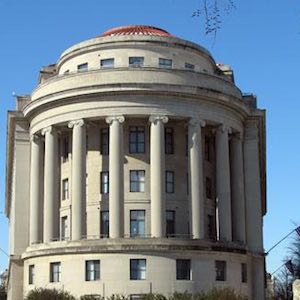 The warning letters that the Federal Trade Commission (FTC) sent out to eight lab-grown diamond and simulant companies clarify—and may even change the industry’s impressions of—last year’s revision of the FTC’s Jewelry Guides. They are, in a way, guidance for the Guides.

The warning letters show a “tighter read” of the Guides than many expected, says Jewelers Vigilance Committee (JVC) president and CEO Tiffany Stevens. For instance, the sample letter warns that modifiers such as lab-grown must immediately proceed the word diamond. That’s a higher standard than most believed was in place—certainly a stricter rule than some companies were adhering to.

“This changes the conversation a bit,” says Stevens. “There is guidance about using #diamonds as a hashtag. That’s a big deal.”

While some thought that the new Guides gave manufacturers leeway to create new terms to describe their product, the FTC’s actions indicate that it doesn’t want marketers to veer too far from its list of approved terms: laboratory-grown, laboratory-created, and [company]-created. (Synthetic, once part of that list, was removed in the recent revision.) The FTC also allows the term cultured, but says that other disclosure is needed.

Along with its statement, the FTC posted a sample warning letter. While the letter was posted in redacted form, JCK, like Reuters, was able to see a non-redacted version. In it, the FTC warned Santa Clara, Calif.-based Diamond Foundry about relying on non-approved terminology.

“The term aboveground real diamonds does not clearly and conspicuously disclose that the diamonds are laboratory-created,” the letter says. “Neither the company name Diamond Foundry, the hashtag #labgrowndiamonds, nor the statement ‘real diamonds created in America’ appearing in some of this advertising clearly and conspicuously discloses that the diamonds are laboratory-created.”

Says JVC senior counsel Sara Yood: “The way we’ve been presenting it to the industry is that using [another term] is a risk. If you want to try a fourth term, you can, but you are at risk for enforcement by the FTC. That is why we advise people to stick to three preapproved terms.”

FTC attorney Reenah Kim made this clear in my interview with her after the new Guides were released: “Any time a marketer is using a word to describe this product, if they are using a term that is not in the Guides, they need to have a basis for that.”

The FTC is also looking at disclosure issues beyond terminology. Its statement notes that some social media ads for lab-grown companies lack the required “clear and conspicuous” disclosure that their diamonds are lab-grown. And as its blog points out, the same rules apply to social media advertising that apply to any other kind of marketing.

Here is an ad for a lab-grown diamond e-tailer that appeared on my Facebook feed yesterday:

Diamond Foundry CEO Martin Roscheisen tells JCK: “We pride ourselves on being a lab-grown diamond producer, and this point of differentiation is what our success is built on. We have worked collaboratively with the FTC for years, and the FTC has been a great supporter of the industry and a champion of change for consumer transparency.”

Roscheisen hasn’t always viewed the FTC so rosily. Last year, when JCK opined that the disclosure in Diamond Foundry’s linkup with Jennifer Fisher seemed fuzzy at first (it later changed), he told me: “The FTC Guides were written by monopolist lobbyists and are anticompetitive in parts today. You can quote me on that.”

The FTC also took issue with common descriptors for lab-grown diamonds such as eco-friendly, sustainable, and eco-conscious. While those terms and others are explicitly forbidden by the FTC’s Green Guides, they are used by just about every man-made company. Some companies have used those terms as a seeming form of disclosure. Others use eco and green in their brand name.

The FTC’s objection to sustainable is noteworthy, as that term is not covered by the Green Guides, but listed in the U.S. Department of Agriculture’s National Organic Program. The rules for calling a product “sustainable” seem to be here.

“Marketers must have a reasonable basis for any environmental claim they make,” said the FTC blog. “Companies should steer clear of general environmental benefit claims because it’s unlikely advertisers can substantiate all reasonable interpretations of those claims.”

“The reminder of the need to comply with the Green Guides, which have been consistently ignored by lab-grown diamond producers for months, is an important step,” he says.

Diamond Foundry and the seven other companies that received the letter (whom the FTC declined to identify) have 10 days to detail any steps they will take to change their marketing before the agency takes possible enforcement action.

An FTC spokesperson tells JCK that it looks at the letters as a way to educate the public. He notes that they are generally a precursor to enforcement, which could target companies that didn’t receive the letters.

Stevens considers all this good news. “This isn’t about lab-grown versus natural. It’s great that the FTC is doing enforcement. It’s helpful for the industry, helpful for the consumer.

She thinks that laboratory-grown manufacturers should applaud the crackdown on diamond-simulant sellers that mislead the public into thinking they are selling lab-grown diamonds. (While lab-created diamonds are actual diamonds, simulants are look-alikes, such as cubic zirconia, that have a different chemical makeup.) She says that the JVC frequently gets complaints from consumers who thought they were buying man-made diamonds but ended up with gussied-up cubic zirconia.

She adds JVC will review any advertising to insure compliance. “We’re here to help everyone, including our lab-grown members.”

In the end, this is a surprising, though welcome, turn of events. Last year’s FTC Guides revision contained some clear gains for the lab-grown industry. But while the FTC eliminated the word natural from the definition of diamond, and recognized that lab-grown stones “are diamonds,” it never declared, “a diamond is a diamond,” even though some seemingly believe it did. It’s now made clear that it requires clear and conspicuous disclosure of a diamond’s lab-grown origin, as it always has.

“Some people got really wild with their interpretations [of the Guides],” Stevens says. “They started making up their own reality and not really referencing what the Guides said. They didn’t think that anyone would come knocking.”

Which is why this feels significant. Marketers likely knew that the FTC’s Green Guides frowned on terms like eco-friendly; JCK mentioned it over and over and over. But those terms were used anyway. They were even endorsed by the industry group, the International Grown Diamond Association. (The organization did not return a request for comment.)

“This shows this will be an area of enforcement action for them,” Stevens says. “I don’t know that this is the end of the road with this. It sounds like this is the beginning.”