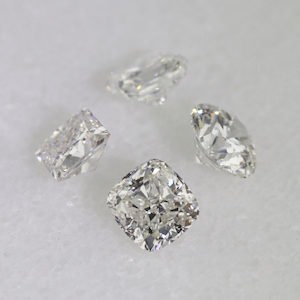 For the last six months, I have written a lot on lab-grown diamonds. Sometimes, I feel I’m writing too much. I have asked myself, “Why haven’t I been covering other issues or companies?” But now I realize that might not be the right question.

In 2014, I wrote that the lab-grown diamond industry was out-promoting the natural. That is even more pronounced now. I don’t get many pitches from natural diamond companies. And some of the pitches I do get are kind of dull.

By contrast, I get at least two or three pitches on lab-grown diamonds a week. They often borrow ideas from the natural industry and repackage them in flashy ways: An all-diamond ring! The Victoria’s Secret bra! A proposal contest!

The Diamond Producers Association (DPA) was formed in part to promote the traditional industry. But that group shouldn’t shoulder the entire burden. It’s telling that while the natural industry pins its hopes on the DPA, the lab-grown diamond association can’t get money for marketing since most companies are doing their own promotion.

The fact is, the natural diamond industry made itself vulnerable to the threat of lab-growns. The industry didn’t promote its product for a decade. Many companies didn’t either. And they rarely offered differentiated items, forcing jewelers and cutters to compete on price. Miners squeezed margins for cutters, while online squeezed profits for retailers. It’s not surprising that some opted for lab-grown diamonds. For the moment, they aren’t carried by either Blue Nile or Signet. Retailers see them as a respite from or defense against price competition.

I am not a fan of the ethical and eco-friendly pitches for lab-grown diamonds (and, let me again note that the latter is not allowed under the Federal Trade Commission’s Green Guides). That said, the natural industry has left itself vulnerable to such a pitch mostly because of self-inflected wounds. It’s been clear for years that the diamond mining business needed to do more to improve its image as well as actual conditions on the ground. But many in the industry argued that consumers “didn’t care” about these issues. Now, it’s clear, they do care. And when given a choice, they will take it.

The industry has made a lot of strides on the social-responsibility front, and those are welcome. But they are clearly not enough, and they are not being communicated. And too often people fall into the old bad habits. In 2000, diamond companies swore they would never buy conflict diamonds. Eight years later, some companies couldn’t resist the lure of violence-soaked diamonds from Marange. How should consumers react to that?

Everything that is happening now with lab-grown diamonds was predictable. The industry knew they were coming for decades. The industry always focused on the possible gemological threat, which was important. But the trade also failed to understand that the rest of the world wouldn’t see the two products the same way it does.

Lab-grown diamonds are here to stay. No one likes competition. It’s much easier to have the field to yourself. But, hopefully, competition improves all players.

Last month, Tiffany & Co. announced it was disclosing the source of its diamonds. It will eventually expand that to its entire supply chain. That places it far ahead of just about all of its peers, including those in the lab-grown business. It received great publicity for that. That’s the right response.

Amazon and other e-tailers caused brick-and-mortar retailers to up their game in ways they probably should have done years ago. Ideally, the lab-grown diamond challenge will cause the rest of the diamond industry to do the same.