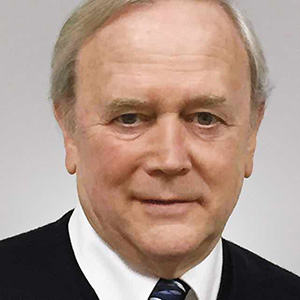 Richard Garard (pictured), a board director and the secretary-general of the International Grown Diamond Association (IGDA), who runs the group out of his Morrisville, N.C., office, spoke to JCK last week, following the release of an IGDA-commissioned report on lab-grown diamonds from MVI Marketing. Here he discusses prices, disclosure, and whether the lab and mined sectors can ever get along.

JCK: The report from MVI forecasts that demand will exceed supply this year. Supply is obviously going to increase significantly. Is there demand to meet that?

Richard Garard: I think supply in melee diamonds is out there, but supplies for good-quality bridal are still not there. We are still not meeting demand. From what I understand, it depends on where you are in the market.

Where do you see prices going?

The smaller diamonds, the melee, will continue to decrease, because there is more out there coming from the HPHT [high-pressure, high- temperature] producers. The [smaller] mined diamond prices have gone down, too. I think De Beers’ entry into the [lab-grown] market has driven those down.

The larger stones have not seen that. Every one of our members sees their price as stable. I don’t think the efficiencies of production will change in the near future.

For now, most of the lab-grown production is tied to mined pricing. Do you see that changing?

As the Federal Trade Commission [FTC] said, a diamond is a diamond, even if it’s grown in the lab. It’s hard not to be tied to that.

Can you estimate what percentage lab-grown diamonds currently comprises of the market?

It’s somewhere in the 4–5 percent range. It would be nice to find out what we are truly doing in the bridal market. I think a lot has to do with supply and getting supply to the level where we can satisfy demand instead of losing near-term consumers.

The time [lab-grown] gets to 20–30 percent [of the market] is a ways away. The time it might get to 10 percent may be closer at hand than [we thought].

In the post I wrote two weeks back, I asked whether lab-grown treatments should be disclosed. Do you have any thoughts on that?

Not really. I’m not a lawyer…. The Federal Trade Commission is pretty clear on the issue of disclosure. Whatever affects the buyer’s perception of value must be disclosed.

The fact that it’s a lab-grown, it started as a lab-grown, that covers the bases. That’s just my personal opinion. I think that’s up to the individual organization.

All of the jewelry guidelines are just that, guidelines. They insure proper and fair advertising.

What if a company uses naturals as side stones? Should they make a note of that?

I really don’t have a strong opinion on that. As long as they are clear that the primary stone is lab-grown, that is what is significant from the consumer side.

This isn’t a legal issue, but do you think that consumers should know the production method and location where the item is produced?

I think just saying they are lab-grown [covers it]. There is still a lot of concern for safety.

But if you say that a diamond is “grown in China,” that seems similar to a shirt that says it’s “made in China.” I don’t consider that a security risk.

And what about the Patriot Act?

Like any industry, we have to watch out for money laundering. All our members pledge to do that on our application.

The last page of the MVI report talks about how the mined and lab-grown industries need to be less negative toward each other. Can you expand on that a bit?

We have always felt that mined diamonds and lab-grown diamonds can survive and exist side by side. Each has its own benefits. Each has its customer demand. There is market share for both.

But we feel that, whether it’s the companies or the mining organization or associations, they need to be positive about the product, as opposed to negative about lab-grown diamonds. It starts with the terminology. Most people have given up the term synthetic. There is not even one report that thinks it’s good. So why does GIA use it? Why do the major producers use it? It puts us in a cubby hole.

Speaking of eco-friendly, the FTC says marketers should not make that and similar “general environmental benefit” claims. Should companies use that term?

Our product is laboratory-grown, and it’s fair to emphasize those benefits.… Lab-grown does have the benefit of being eco-friendly.

So you feel that is an okay term to use?

What do you think of Lightbox?

I don’t know how they are doing. I have heard about people struggling to get product from them. They chose to pursue a market that is different from the majority of our producers. They try to produce for the low-end fashion market. Not being certified, it’s a different market than we what we believe our sweet spot is. They haven’t made an impact on the majority of our members. In the report, a majority of the consumers felt lab-grown diamonds should be certified to the same level that mined diamonds are. The fact that Lightbox has chosen to go after that market, I don’t think it will affect the market for our members.

Even when they finish their factory, from that they say, [production] won’t be a significant percentage of the total. I’m happy they came into it. It’s shined a light on the industry. At first it set a few people back on both sides of the house, and then everyone just said, “We’ll keep doing what we’ll keep doing and they’ll do what they do.”

Portions of this interview were used in an article that ran on Monday, about a potential marketing-oriented lab-grown group.