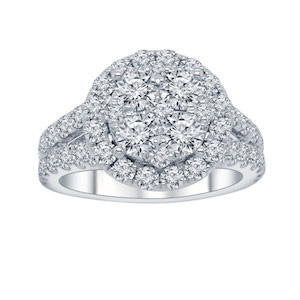 A few weeks back, the founder of Plasmability told me the lab-grown diamond business is in a “Wild West” phase. It sure feels like it. There are good businesses in the sector. But far too many are nontransparent, make unsubstantiated claims, and violate environmental marketing standards, like the Federal Trade Commission’s Green Guides. And we still see the typical, sometimes deliberate, fuzziness about the difference between synthetics and simulants.

As lab-grown diamonds become more accepted by the industry and the public—Meghan Markle reportedly sported a pair—companies that sell and produce them will need to conform to standard norms and practices, and perhaps consider issues they hadn’t before.

So here are four questions I believe the lab diamond industry will have to reckon with as it matures. A few of them I would never have considered prior to the recent boom.

Should treatment disclosure be required?

Sara Yood, senior counsel for the Jewelers Vigilance Committee (JVC), says that, by law, growers must note radiation treatments, as irradiated diamonds and gemstones are subject to oversight by the Nuclear Regulatory Commission (NRC). JVC’s summary of the NRC guidelines can be seen here.

HPHT is a different story. Industry norms generally call for treatment disclosure. But, given that lab-growns are nonnatural products, the subject has rarely come up.

Under the Federal Trade Commission (FTC) Guides, treatments must be disclosed if they are not permanent, require special care, or affect the value of the stone. The first two criteria clearly don’t apply. The third might.

Ben Hakman, founder of Diamond DNA and a lab diamond consultant, says treatments can leave a brownish and sometimes brown-pinkish tinge, and “as grown” diamonds fetch a premium.

But Angelo Palmieri, president of the New York City–based grading lab GCAL, says he’s “not convinced there’s a value differential in the market.… It’s just not an issue that comes up.” He says that even some diamonds labeled “as grown” are treated during the production process.

GCAL’s reports don’t include treatment info, except for irradiation, but Palmieri doesn’t rule out including info on HPHT down the line. “It’s possible that as this market grows, people will look for ways to set themselves apart,” he says.

Yood says she “doesn’t know” how the FTC would look at the HPHT issue.

“My understanding is that a lot of the diamonds come out gray or black, and then you do stuff to them to get that color. Some say that ‘stuff’ is part of the process. To me, the stuff you do afterward is the treatment. And that’s the value differential. It’s really an open question, and we might want the FTC to weigh in.”

For her part, she feels disclosure is just good business practice. “If growers just disclosed the method of creation and became more interested in disclosing their methods, then it would be covered, and we wouldn’t have to worry about it.”

Of course, there’s another issue here: It can be harder to spot a treatment in a lab-grown than a natural—and the treatments on lab-growns are easier to disguise, says Palmieri.

An Australian company, Gemetrix, has just introduced a lab-grown detector that founder John Chapman feels can spot treatments on any kind of stone.

“There hasn’t been a call for this until now,” says Chapman. “Until now, the industry issue has been: Is it synthetic or not? Now that people are accepting synthetics, we are starting to see a distinction between as-grown and treated.”

Gemological Institute of America (GIA) spokesperson Stephen Morisseau says that the GIA is “confident” it can “detect HPHT treatments to improve or alter the color of natural and both CVD and HPHT laboratory-grown diamonds.” He adds that while GIA “believes and has consistently held that any gemstone treatment must be disclosed,” it, too, doesn’t include treatment info on its synthetic reports “for now.”

Should you disclose whether some stones in a piece are natural?

In mid-2017, I wrote a piece about a lab diamond seller, Jason Payne of Ada Diamonds, who complained that two companies sold him parcels with “undisclosed” naturals. A lot of people laughed at this. I asked if he was “trolling the trade.” But in retrospect, he had a point. Some consumers clearly prefer man-made gems. They shouldn’t buy mined diamonds believing they are lab-grown, and vice versa.

MiaDonna says it uses “recycled” naturals for side stones under 20 points. Other sellers use linguistic sleight of hand, like saying that every certified diamond is lab-created. Consumers likely won’t wonder what the others are.

Legally, companies don’t have to modify the word diamond, as the word is generally assumed to mean a natural product. But if a consumer thinks they are buying created gems and they are buying something else, that’s a problem, Yood says.

“If your site says ‘laboratory-grown diamonds’ people will assume that you are only selling lab-grown diamonds,” she says. If naturals are used, “you should put something about that in the description for every single piece.”

Payne, for his part, screens all his parcels, just like natural companies now have to screen theirs.

“It’s a big nuisance to handle melee in-house and insure that no mined melee ends up in your jewelry. It’s a lot cheaper and easier to buy semi-mounts from finding companies.”

Should buying lab diamonds be subject to the Patriot Act?

Under the Patriot Act, dealers who sell more than $50,000 in precious stones, gems, and jewelry are required to maintain an anti–money laundering (AML) program and conduct appropriate due diligence, including fully identifying business partners and monitoring transactions.

Some have said these rules might not apply to lab-growns, as the FTC has reserved the word precious for naturals. But Yood believes the AML rules do apply, especially now that the FTC has removed the word natural from the definition of diamond. When the JVC tests companies on their AML programs, it always includes man-made diamonds.

“It’s really about value,” Yood says. “The rules are designed to get at the potential for money laundering and terrorist financing. Some large laboratory-grown diamonds are extremely valuable. So they have the same potential to be used for laundering. We always include them in our testing.”

Should companies disclose information about the specific location where the diamonds are produced?

Unlike the other three questions, this isn’t a legal question, more an ethical one.

Many lab sellers say their consumers “know their diamond’s origin.” But that’s often not true. “Lab-grown” is a method of production. It’s not an origin. It’s comparable to saying “a mine.” It doesn’t tell consumers the whole story.

Apple lets us know that iPhones are “Made in China.” So do the tags on clothing. But origin labeling is rare on diamonds—both natural and lab. Tiffany is now a welcome exception.

As with naturals, the lab-grown pipeline can be complex and convoluted. Many wholesalers don’t list their stones’ origin since they buy from different sources with different standards.

“[Some] growers don’t love being in the jewelry game,” Payne explains. “They have long-term contracts with medical device companies, semiconductor producers, laser manufacturers, and universities. They prefer that stability, known pricing, known demand, etc. over the gemstone game of unknown value, unknown demand, seven or eight figures of goods on your books, etc.

“So many growers just sell rough to gemstone cutters and call it a day. It’s not obfuscation, it’s merely material scientists and physicists not wanting to be in the luxury goods industry.”

So yes, tracking lab-growns won’t be easy, just as it’s not easy to track any jewelry product. But, being ethical means going above and beyond, not taking the easy way out, and not just patting yourself on the back about one supply component. Knowing the origin of all your materials, as well as providing info about other parts of the supply chain, is a basic principle for socially conscious fashion brands and ethical jewelry brands in particular. And, yes, there are guidelines for this.

Some companies do specify their diamonds’ source. Diamond Foundry says that its stones are produced “at our factory in San Francisco.” Each Lightbox page lists the origin of its products. (For now, that’s Ascot, England.) And some customers of WD Lab Grown bill their diamonds as grown “in the USA” (though FTC rules govern “made in the USA” claims). Of course, if not every diamond is produced in that locale—if productions are supplemented by open-market buying, or companies also have factories in China—then sellers should tell buyers that, too, as Richline did with its line.

Palmieri says he’s talking with some companies about a lab-grown chain of custody—possibly using blockchain or Gemprint.

These are all new questions for a new industry. For what it’s worth, I think the answer to all four questions should be “yes.” So does Hakman. So does Yood. (I reached out to the International Grown Diamond Association with these queries, but I didn’t hear back by press time.)

In the end, providing this info is about transparency—which is especially important for a sector that touts that as a virtue.

“I would expect that these questions will come up more and more,” says Yood. “People have accepted that lab-grown diamonds are here. Now people will think about these new points. It will be an interesting time in our industry as these issues get settled.”