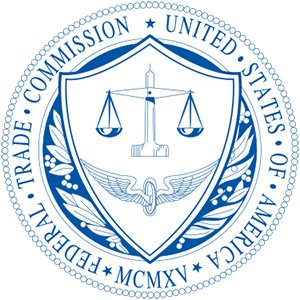 The Federal Trade Commission (FTC) has released the final revision to its widely watched Jewelry Guides, with a bevy of changes that impose new rules on how the trade can describe flux-grown colored stones, pearl treatments, and gem varietals. It also loosens existing standards on lab-grown diamonds and metal alloys.

The changes, approved unanimously by the five-member commission, cap a six-year process of revamping the much-talked-about standards for marketing jewelry and gems. This revision marks the Guides’ first major overhaul in 22 years.

Among the noteworthy changes enacted by the FTC:

There are new requirements for describing “composite” gemstones

These rules had long been sought by the colored stone industry.

“The problems with the lead glass–filled ruby products was no one was disclosing the special-care requirements,” says Sara Yood, senior counsel for the Jewelers Vigilance Committee (JVC). “People would get the stones home and they would fall apart.”

Previously, the Guides prohibited the use of terms gold and silver to describe a precious metal alloy that was below 10k for gold or 925/1,000 for silver.

The new Guides remove those requirements. From now on, under-10k gold can be called gold if the marketing includes “an equally conspicuous, accurate karat fineness disclosure.” Likewise, alloys of less than 925 silver can be called silver if the term is immediately preceded by a clear and accurate PPT (parts-per-thousand) reading.

The agency decided against changing its guidance for platinum alloys, writing that “unlike gold and silver, which have traditionally been mixed with base metals to create jewelry, consumers expect platinum products to be substantially composed of pure platinum.”

The Guides also have a new section on mixed-metal alloys, which prohibit misrepresenting an alloy that contains more than one metal. So, for example, it warns that manufacturers shouldn’t describe a product as “platinum + silver,” if, by weight, it contains more silver than platinum.

When promoting mixed-metal alloys, the guides generally advise marketers to list the metals in order of their relative weight, with the largest first. It does add that marketers can list the metals in a different order if it’s clear which metal is predominant. So, for example, 14k gold accented silver would be allowed.

“This rule will allow for more different kinds of alloys,” says Yood. “A good example would be Tiffany’s Rubedo. They are now allowed to call out the gold and silver that’s in the product.”

The Guides now include new rules for describing metal coatings

The revision advises against using terms like silver or platinum to describe a coated product unless the advertising specifies that it’s talking about a coating. A similar rule already exists for gold.

In addition, when marketers tout precious metal coatings, they must assure that product’s durability and disclose whether the coating is composed of an alloy (less than 24k gold, 925 PPT silver, and 950 PPT platinum).

The FTC now prohibits use of incorrect “varietal” names—specifically calling out yellow emerald and green amethyst to describe prasiolite.

“This protects those gemstones,” says Yood. “There was a manufacturer that was trying to use the term yellow emerald. Emerald is green.”

As with colored stones, manufacturers must now disclose treatments to both pearls and cultured pearls if those treatments are not permanent, require special care, or affect the pearl’s value. This change was made to address pearl dyeing, Yood says.

Changes in how lab-grown diamonds can be marketed

In the past, the Guides listed the following approved descriptors for non-mined diamonds: laboratory-created, laboratory-grown, [manufacturer-name]-created, and synthetic.

The new Guides still recommend the first three descriptions—though they no longer include synthetic. They also say that manufacturers can use other phrases if those terms “clearly and conspicuously convey that the product is not a mined stone.”

Some diamond growers had sought to add other terms, including [manufacturer-name]-grown, foundry, created, and grown, to the list of FTC-approved verbiage. The commission declined to do so, arguing that no research existed on consumer understanding of the proposed terms.

However, it says that if the “suggested terms could be used non-deceptively in context (e.g., as part of an ad highlighting that the product is man-made), there is nothing to prevent marketers from doing so.”

Interestingly, while the new Guides do not include any mention, pro or con, of the term man-made, the FTC’s Federal Register notice uses it repeatedly.

JVC president and CEO Tiffany Stevens, whose group has traditionally advocated for tighter standards on lab-grown disclosure, admits the revision gives diamond growers a lot of leeway they didn’t have previously.

“It opens the door to some new terms,” she says. “There is a little more wiggle room, but there are still solid boundaries. You can’t go too far afield because if you do, you will fail the standard.”

She adds that lab-grown sellers are still governed by the FTC’s Green Guides, which frown upon terms like eco-friendly.

The new Guides also eliminate a rule that prohibited calling a lab-grown stone a gemstone. And, in fact, throughout its register notice, the FTC refers to “man-made gemstones.”

The revision also seemingly settles a long-running industry debate over whether the term cultured diamonds is appropriate for lab-grown diamonds. In 2008, in response to fevered lobbying from both the natural and lab-grown sectors, the commission ruled that cultured could be used to describe a created stone, but only if it’s “immediately proceeded, with equal conspicuousness” by one of the suggested modifiers.

The new revision, however, significantly loosens that guidance. While it still recommends against using the term cultured on its own, it now says that cultured can be used even if not immediately preceded by one of the approved descriptors. The overall marketing, however, still needs to “clearly and conspicuously convey that the product is not a mined stone.”

Diamond growers had also sought to prohibit use of the word synthetic to describe their products, arguing that consumers equate it with simulants like cubic zirconia. While the FTC has now crossed synthetic off its list of suggested descriptors, it declined to outright prohibit its use, arguing that the term—commonly used by gemologists and scientists—is not deceptive in every instance. But it did rule that it is misleading to use the term synthetic to “suggest a competitor’s lab-grown diamond is not an actual diamond.”

Perhaps more significantly, the FTC cautions marketers not to use “the terms real, genuine, natural, or synthetic to imply that a lab-grown diamond … is not, in fact, an actual diamond.” This could possibly apply to a lot of trade communications.

The Guides continue to prohibit the use of the terms real, natural, and genuine to describe lab-grown diamonds, but the FTC statement says it is willing to reconsider that if it receives new consumer perception studies.

In another seeming loss for the mined diamond industry, the FTC has removed the word natural from its description of a diamond, since, it says, diamonds can also be grown in a lab.

Stevens says it is difficult to know right now what that particular revision will mean in practice, as the Guides still require “clear, prominent, and understandable” disclosure of a diamond’s lab-grown origin.

The FTC also declined to make a variety of changes some in the industry had sought, including ruling on terms like blue-white, ethical, conflict-free, handmade, and natural for treated gems and expanding guidance on grading and appraisals.

The FTC’s Federal Register notice for the revised Guides—officially known as the Guides for the Precious Metal, Jewelry, and Pewter Industries—can be seen here. Its detailed statement explaining the changes  can be seen here.