My Favorite Jewelry Promotions Of 2022

For the last decade, I have listed my choices for the most creative, interesting, touching, and effective jewelry promotions of the year, from companies both large and small. It aims to showcase the incredible creativity and vitality that still exists in this industry.

This year, the list included a larger than usual number of promotions from abroad. I also found so much good stuff that I included five honorable mentions. I hope you enjoy them as much as I did.

I usually like to spotlight and unusual creative promotions on this list. I wouldn’t call this ad from Australian jeweler Michael Hill either of those things. What it’s doing has been done before. It just does it very very well.

Cincinnati’s Richter & Phillips Jewelers, located inside an old bank, spent lockdown renovating its long-neglected vault downstairs. The results are stunning, and the store is not only using it to meet private clients, but also as a space for local community groups. 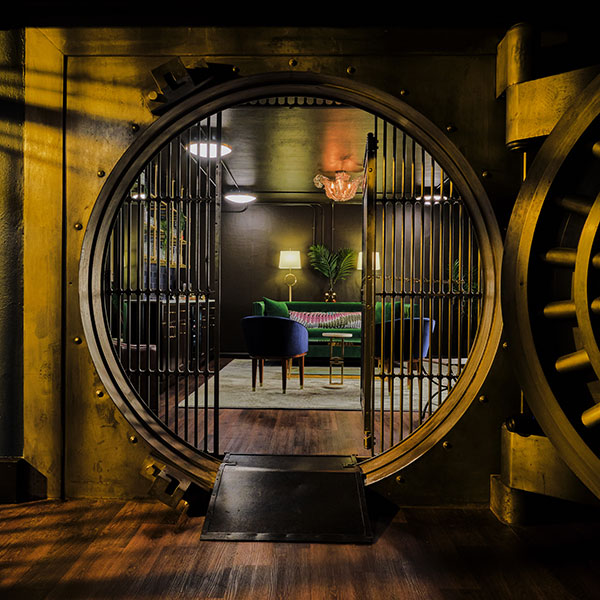 In March, Brittany Sigal, cofounder of direct-to-consumer brand Evry Jewels, was having a bad day. She posted a selfie to Instagram in which she was crying.

“THE UGLY TRUTH behind running a business,” she wrote. “Let me tell you first hand that it’s the furthest thing from sunshine and rainbows. You’re looking at someone who works 24/7 and is emotionally and physically drained.”

She added: “We want to be able to further connect with our amazing customers and being vulnerable is one of them. We don’t want to portray a ‘perfect’ image but rather a real one.”

Instagram is known for showing airbrushed versions of people’s lives, but in this case, Sigal’s raw honesty struck a chord, garnering more than 19,000 likes at publication time. Wrote one commenter: “As an aspiring entrepreneur it is really inspiring to see your authenticity.”

This ad, one of a series of three from Dublin jeweler Weir & Sons, is built on a simple idea but is elevated by impressive naturalistic filmmaking. I liked  “The Ring” too. (Discovered via AdForum.)

6. James Allen: “Live Realistically Ever After”

Before I watch videos on YouTube, the algorithm always shows me the James Allen spot with the disembodied head coming out of the ring prong. It makes me grateful for the “skip ads” button.

This James Allen ad, however, is funny and sweet. It has a smart message too.

5. Robbins Brothers: Cupid on the Street

California chain Robbins Brothers was looking for a way to “get out in our local communities and engage in conversations,” marketing director Kris Land told JCK’s Karen Dybis. So it sent an actress dressed in over-the-top Cupid garb, to chat up local couples. The result is goofy—deliberately so—but undeniably fun and at times somewhat touching.

This one-minute “hero film,” with Aimee Lou Wood, star of Netflix’s Sex Education, is a lot of fun. It’s very British, and I have no idea if it’s airing here, but it’s charming enough to cross the pond.

We have all seen ads that show us the insides of a watch. But this beautiful and intricate video from Omega makes a watch’s “guts” come alive, with guest appearances by everyone from golfers to men on the moon. And in the follow-up, it snows!

The well-done video from Indian jewelry brand Tanishq, which recently opened a store in Jersey City, N.J., manages to draw you in even before the twist. But perhaps the less said, the better.

1. Cullen Jewellery: What Your Engagement Ring Says About You

There was a lot of excellent TikTok content created by jewelers this year, including a Canadian jeweler who racked up millions of views with diamond testing videos. But I’ll give the top spot to this silly series from a fast-talking Australian jeweler—which became popular enough to be written up by the New York Post and JCK—where it is, believe it or not (spoiler alert), our top news story of the year.

Yes, the whole idea is nonsensical, but the reason this works is because her suggestions are clever and creative, if bizarrely specific. Wearers of pear halos have a “coffee addiction,” she declares, but those with emerald cuts “never miss Fake Tan Thursdays.” Some called these comments accurate, but I don’t think anyone takes these “observations” seriously, including the woman who delivered them. They’re just a whole lot of fun.

Honorable mentions: Tanishq’s 3D billboard;  this fun (and catchy) ad from James Diamond Jewelry in Mount Pocono, Pa.; the Cast boutique in Los Angeles; Macy’s “Speechless”—a fun spin on another oft-repeated formula; and an ad from Polish jeweler Yes that takes viewers to 2072.