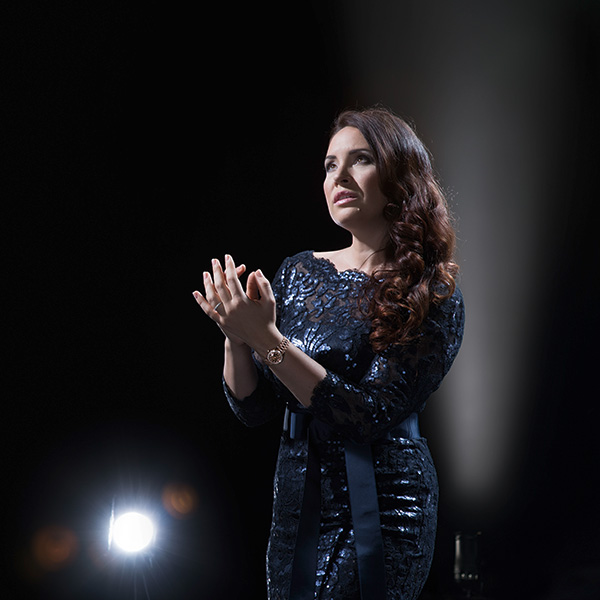 Each year, I spotlight my favorite jewelry promotions from the past 12 months, from companies both large and small, from throughout the value chain.

The 10 promotions below show that—even in tumultuous years like this one—creativity, humor, and generosity still exist in this industry. In the face of an unprecedented crisis, many members of our business rose to the occasion:

So many occupations are being threatened by COVID-19, it’s hard to keep track. But while things are pretty challenging for jewelers right now, classical musicians probably don’t have it so hot either. Opera singers may not be as flashy as the folks watch brands typically associate themselves with—celebrities, sports heroes, and airplane pilots. But Rolex’s Perpetual Music concerts gave some important artists support—and a large audience—at a time when they most needed it.

If life gives you lemons—and it sure did this year—sometimes you have to make, well, something that smells kind of lemony. Luxury houses like LVMH, Kering, and Chanel are famed for producing objects that people don’t actually need. So it was striking that when the world suddenly needed incredible amounts of hand sanitizer—and, later, hospital gowns and masks—the big players stepped up. Factories typically devoted to producing jewelry and perfume were now producing these vitally important supplies. And, in a refreshing change, they didn’t overcharge.

Sure, a lot of stores had to temporarily shut this year. Montblanc’s To Those Outside campaign shows that you can still do something with closed retail space. It turned its shuttered storefronts into billboards filled with thank-you notes to first responders. Some were smart and punchy. Most just said “thanks.”

Expressing gratitude for the first responders & frontline workers through the power of the written word.
If you feel like it-I invite you to put pen to paper & share your letter of appreciation #ToThoseOutside on your social media.#thankful #montblanc #richemont #appreciation pic.twitter.com/xtwNglrrxx

Johnny Perri was getting ready to close his store, J&M Jewelers, in Washington, Mich., when he had a brainstorm. Instead of just meting his inventory, why not hide it? And turn the whole thing into a treasure hunt?

He said he and his wife had the time of their lives crisscrossing the state, burying everything, and then thinking up clues.

“You follow the riddle, you have a little wit, a little adventure in you, you’re going to find it quick,” he told Fox 2 Detroit.

It all worked so well—and attracted so much attention—that Perri has now gone into the treasure-hunt business full time. His new venture involves hiding silver tickets—Willy Wonka–style—in $10 chocolate bars.

I had misgivings about including this one, but advertising toilet paper for $4,000—along with a free 1 ct. diamond ring—was funny, and was a welcome bit of comic relief during the early days of lockdown, when toilet paper became a much sought-after commodity. For a moment, this image was everywhere. Hell, even Elon Musk tweeted it, and it might have been the least crazy thing he tweeted all year.

While one can never be sure, the original idea for this promotion—or at least the photo that was widely circulated—appears to have originated from Jarrett Fine Jewellery in Sydney, Australia. However, many news sources credited the photo to ‘Jared Jewelers in Las Vegas’—as in, the Signet chain. Even Australian newspapers got it wrong.

A Facebook post from Jarrett read, “We’re chuffed [i.e., pleased] it’s gone viral.” However, the company didn’t respond to questions from JCK. Perhaps it’s not that chuffed to be associated with a toilet paper joke, or that its contribution to the world of viral memes has been overlooked. If so, this was not the best promotion. But it’s a good joke.

“Yes, we were the first ones to do it. At one stage toilet paper was as rare as red diamonds with rationing, prices going up, people fighting in supermarkets and being arrested.… That morning, a team member and I were talking about it and we agreed that toilet paper had become more valuable than diamonds, and I joked about putting some in the window and the idea flowed from there.…

“We are located in a busy commuter arcade in downtown Sydney, with lots of footfall, and so the reaction was immediate. People were stopping to take pictures, laughing, congratulating us on our sense of humor and buying diamonds! I think it went viral on WeChat first and then on other platforms.… Other jewelers copied the idea and sent me photos, which I thought was cool.

“I know it was largely attributed to ‘Jared Jewelers in Las Vegas,’ and I wasn’t too worried about that because I never intended it as a crass commercial play, but rather to communicate the sometimes irreverent culture of my business.… And in that sense it became a commercial success because we shared some of our personality and attracted new customers as a result.”

While Jared wasn’t selling $4,000 toilet paper, it did come up with a clever campaign for couples whose weddings had to be either postponed or canceled because of the pandemic. It’s now common to hear of funerals and Bar Mitzvahs held virtually, but back in May, when Jared first launched this campaign, the idea of virtual weddings was pretty weird.

Jared didn’t just tout the idea of getting hitched over Zoom, it custom-built a virtual wedding platform, which lets the couple invite guests, send out a date, and say “I do” online. There’s even a guestbook and a way to give gifts. So far, more than 200 couples have used the platform to tie the virtual knot.

This ad has a fun, pre-pandemic vibe—it was, in fact, released in early March—but I’m not sure why I like so much. I guess because it has nice French music, even nicer scenery, and a parade of mesmerizing visuals. What’s not to like?

Etsy’s Gift Like You Mean It campaign is meant to show the power of meaningful homemade gifts, and “Shiori”—which revolves around a piece of jewelry—is a touching piece of “product as hero” storytelling.

Bove Jewelers owner Bob Strehlau has long collected art, and he knew that many of his clients did too. So, with local galleries closed, he decided to turn his Kennett Square, Penn., store’s men’s department—its least trafficked area—into a pop-up art museum. He donated three pieces, and then contacted longtime clients, who leant 45 more. “They were on board right away,” he tells JCK. “They couldn’t have people over to their house to see these pictures. They were happy to share them.”

The store’s display includes rare works by Picasso, Van Gogh, Andy Warhol, and Salvador Dali. “If you’re dropping off a watch battery and feeling down in the dumps about COVID and being locked in, this gives you five minutes of fantasy,” Strehlau says. In fact, people have been coming in just to see the pictures. (The exhibition runs through Jan. 4.)

“Now we’re not just diamond setters, we’re art curators,” he says. “It makes sense. Art and jewelry, they go together like wine and cheese.” 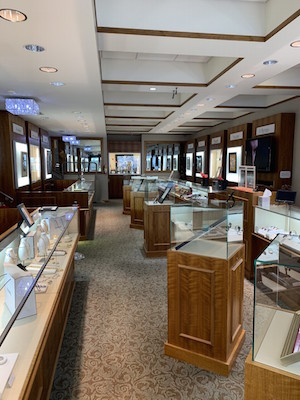 By showing scenes of past holidays, when people could actually gather together, this Tous commercial poignantly evokes how much has been lost in the last year. We can’t replace the people that we’ve lost, but we’ll hopefully get our normal lives back soon.

We wish you all a normal Christmas—and a normal 2021.