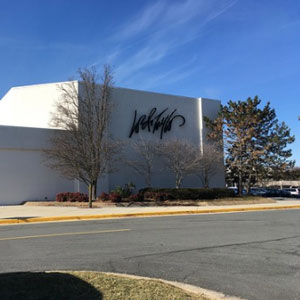 A message on its website said the 194-year-old department store Is searching for a buyer. Le Tote bought the department store in August 2019, less than a year ago, from former owner Hudson’s Bay Co. The purchase closed in November.

The Chapter 11 filing said the combined company generated approximately $253.5 million in revenue for 2019 and has $137.9 million in debt, according to its bankruptcy papers.

Le Tote, a San Francisco tech startup founded in 2012, bought Lord & Taylor’s brand, inventory, 38 stores, and online operation for $100 million last year. The deal called for Hudson’s Bay to continue to own the retail properties and pay the company’s rent for three years.

“The acquisition was premised on providing Le Tote access to brand recognition through the iconic Lord & Taylor name and access to new customers through Lord & Taylor’s preexisting customer base, while providing Lord & Taylor access to Le Tote’s proprietary technology and the ability break into the rental market during a time of declining sales at traditional retailers,” read a declaration by Le Tote’s chief restructuring officer Ed Kremer.

Then, the COVID-19 pandemic hit, forcing the closure of its stores in March. And while it’s begun to open stores, foot traffic remains far below pre-COVID levels, Kremer said.

That said, by most accounts, Lord & Taylor had been troubled for some time.

“It’s in the toughest part of retail: the middle,” said Hudson Bay’s former chief executive officer Helena Foulkes last year, shortly before her company put it up for sale. “It’s neither the high-end luxury where you can really own it, nor is it a low-cost…discount retailer.”

She called it a brand “with amazing loyalty among the people who shop there. There aren’t enough of them.”

The fabled department store is just one of a number of retailers, particularly department stores, to file for Chapter 11 this year. Others on the list include J.C. Penney, Neiman Marcus, and Brooks Brothers. In fact, on the same day, Lord & Taylor filed, so did Tailored Brands, owner of the JoS.A. Bank and Men’s Wearhouse chains.