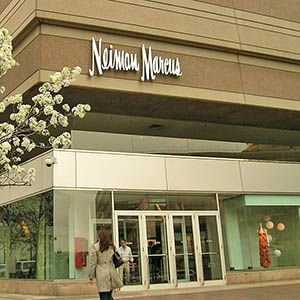 On Thursday, Neiman Marcus—the glitzy department store with roots dating back 112 years—filed for Chapter 11 in U.S. bankruptcy court for the Southern District of Texas.

In the run-up to the long-expected filing, the Dallas-based retailer corralled a significant majority of its creditors to sign on to a restructuring agreement, which reduces around $4 billion of its debt and supports its operations during the COVID-19 pandemic and beyond. It’s also secured $675 million in debtor-in-possession financing.

In a statement, chairman and chief executive officer Geoffroy van Raemdonck said the binding agreement “gives us additional liquidity to operate the business during the pandemic and the financial flexibility to accelerate our transformation. We will emerge a far stronger company.”

He blamed the filing on the COVID-19 pandemic, which “has placed inexorable pressure” on the business.

“Prior to COVID-19, Neiman Marcus Group was making solid progress on our journey to long-term profitable and sustainable growth,” he said.

The company’s stores—including 43 Neiman Marcus stores, two Bergdorf Goodmans, and the 22-store outlet chain Last Call—have been temporarily closed since March 17. It has since extended those closures through May 31. Ten stores are now open for curbside pickup, and two other stores are open for private appointments.

Yet, even before COVID-19, the company was financially troubled, carrying a heavy debt load after two leveraged private equity buyouts. In 2013, it was purchased by Ares and the Canada Pension Plan Investment Board in a transaction that saddled it with $4.7 billion of debt. Since then, it’s taken a series of actions to shore up its balance sheet. Last year, it arranged to have some of its debt payments delayed, and in November, it shed 100 jobs.

A plan to go public was scrapped in 2017. After that, it put itself up for sale. It eventually spurned an offer from Saks owner Hudson’s Bay Co.

For a while, it seemed to view its outlet brand, Last Call, launched in 2010, as a growth opportunity. But in March, it announced that it was shutting down the majority of that chain and focusing on the luxury segment, part of another reorganization that shed 750 jobs.

The company has also faced legal woes over its 2014 purchase of e-tail site MyTheresa, which its two owners have transferred to a separate affiliate, infuriating bondholders. MyTheresa is not affected by the bankruptcy filing and will continue to operate independently, said Neiman Marcus’ statement.

The list of creditors on its bankruptcy petition features a who’s who of noted fashion brands, including jewelry manufacturer David Yurman, which is owed $732,000.

In a Thursday-morning tweet, the company announced: “This is not a liquidation of our business.”

It added: “We are resilient, and we will continue to bring you the luxury fashion, service and relationships you cannot find anywhere else.”

Its bankruptcy docket can be seen here.