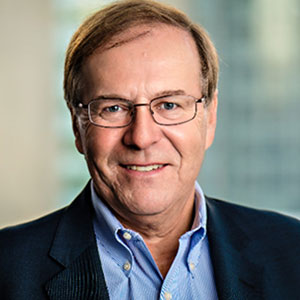 Patrick Evans, who until last month served as the CEO of Canadian diamond miner Dominion Diamond Corp., has started a lab-grown diamond company, according to an article that appeared in Financial Times this weekend.

Originally, Evans (pictured) had said he planned to work as an adviser to Dominion following his departure, but that title is no longer listed on his LinkedIn page. Shane Durgin is now Dominion’s CEO.

Dominion and Evans did not respond to requests for comment.

Evans told the newspaper that the new company will grow diamonds with the chemical vapor deposition (CVD) method, and it’s looking for a location in the United States that has access to cheap solar power.

He reportedly said he had secured investment from wealthy individuals and a global jewelry company, but declined to name them. He hopes to list the company on the Toronto stock exchange by 2020, he added.

Evans told the newspaper that he believes lab-grown diamonds will eventually take the place of natural stones, and he expects natural supplies will be depleted by 2050.

“I’ve explored on four continents—it’s about 1,000 times more difficult to find an economic diamond mine than a gold mine,” he was quoted as saying. “The industry is just not investing in exploration.”

According to the FT, Evans plans to focus on diamonds for the engagement ring market above 1 ct. and sell them for about 20–30 percent less than natural stones. “We think that we’ll be able to achieve natural pricing,” he said. Still, in an appearance today on Yahoo Finance, Alexander Weindling, CEO of Clean Origin, showed off larger lab-growns he said retailed for half the cost of comparable naturals.

Before coming to Dominion, Evans served as president and CEO of Mountain Province Diamonds and Kennady Diamonds.

Evans’ announcement comes as the field has grown increasingly active and crowded, with the last two weeks alone seeing announcements from one new diamond grower, one established company, and the new owner of a now-dormant lab-grown pioneer.