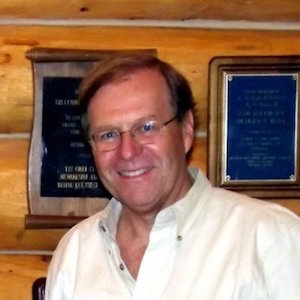 Patrick Evans (pictured) has resigned as CEO of Dominion Diamond Corp. after being on the job for about a year, a spokesperson for the company has confirmed to JCK.

Chief operating officer Shane Durgin has been appointed the Canadian diamond miner’s new CEO as of Dec. 7, the company added. Durgin is the former president of Contura Coal West, a coal and steel mining company.

The news was originally reported by Bloomberg,

Evans is currently listed as an “advisor” to Dominion on his LinkedIn profile. He told Bloomberg that he intended to continue as a consultant with the company for the next year.

The news agency further noted that the company recently had other departures. Chief operating officer Chantal Lavoie resigned in September, and chief financial officer Matthew Quinlan left last year. Dominion did not comment on those other departures.

Evans, the former CEO of Mountain Province Diamonds, started working for Dominion in November 2017, replacing Brendan Bell. He joined the company shortly after its $1.2 billion takeover by Washington Companies, which took the formerly public company private.

Dominion Diamond Corp. owns stakes in two of thee diamond mines in Canada’s Northwest Territories. It owns a majority stake in the Ekati mine, which it purchased from BHP in 2013,  and has the rights to market 40 percent of the production from nearby Diavik. Diavik is run by Rio Tinto Diamonds, which owns the other 60 percent.

Dominion was formerly known as Aber Resources and Harry Winston, when it owned that retailer. Dominion sold Harry Winston to Swatch in 2013, the same year it bought Ekati.

Washington Companies is a privately held Montana conglomerate founded by 84-year-old mining magnate Dennis R. Washington. Washington, who made an appearance at last year’s JCK Las Vegas show, has an estimated net worth of $5.8 billion, making him the 76th-richest person in America, according to Forbes.